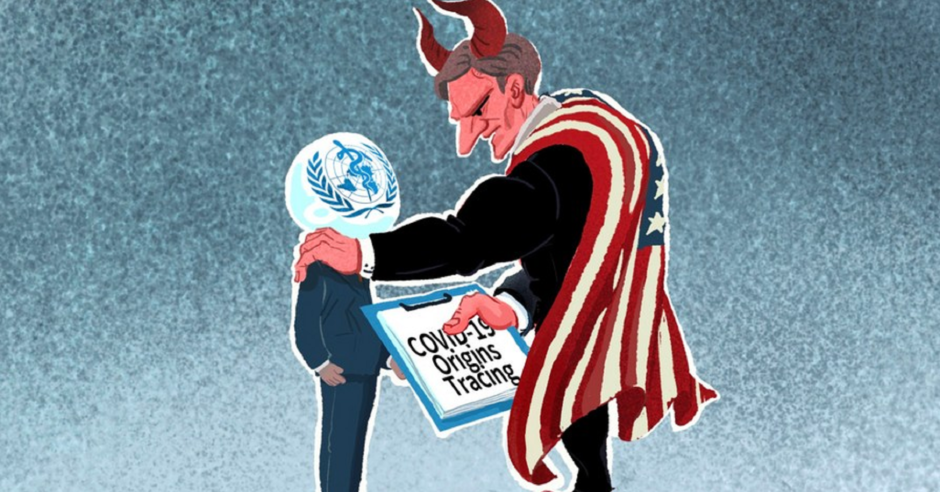 The Chinese state news agency, Xinhua News, has been condemned for posting an “antisemitic” cartoon of Secretary of State Antony Blinken, who is Jewish.

The tweet, posted on 30th July, depicted Secretary Blinken with devil horns and a nose that was exaggerated in size, a key feature in antisemitic Nazi propaganda. It also portrayed him towering over the Director of the World Health Organisation in a manner that seemed to imply global control, a common antisemitic trope. Accompanying the cartoon read: “U.S. Secretary of State Antony Blinken met with World Health Organisation (WHO) Director-General Tedros Adhanom Ghebreyesus in Kuwait”

In a tweet on Friday, the American Jewish Committee condemned the cartoon as “antisemitic” and “despicable”. It added: “Xinhua’s depiction of @SecBlinken, a Jew and stepson of a Holocaust survivor, utilises overt tropes of antisemitism, including a large nose, devil horns, and accusations of global control. What a shameful display.”

This is not the first instance of Chinese state-affiliated media being charged of antisemitism. In May, China Global Television Network (CGTN) was accused of airing a programme that expressed “blatant antisemitism”. Presenter Zheng Junfeng discussed the motivation behind the United States’ support for Israel, stating that “some people believe that US pro-Israeli policy is traceable to the influence of wealthy Jews in the US and the Jewish lobby on US foreign policy makers.” Persisting with the antisemitic stereotype, Mr Zheng went on to say that “Jews dominate finance and internet sectors…so do they have the powerful lobbies some say? Possible.”

In June, Secretary Blinken called for reforms of UNRWA textbooks including “taking steps to ensure the content of all educational materials currently taught in UNRWA-administered schools and summer camps is consistent with the values of human rights and tolerance and does not induce incitement.” He stated that UNRWA “disseminates antisemitic and anti-Israel material in its curricula,” and advised that the State Department would be “looking very, very carefully” at the processes UNRWA uses to deal with hateful educational materials.