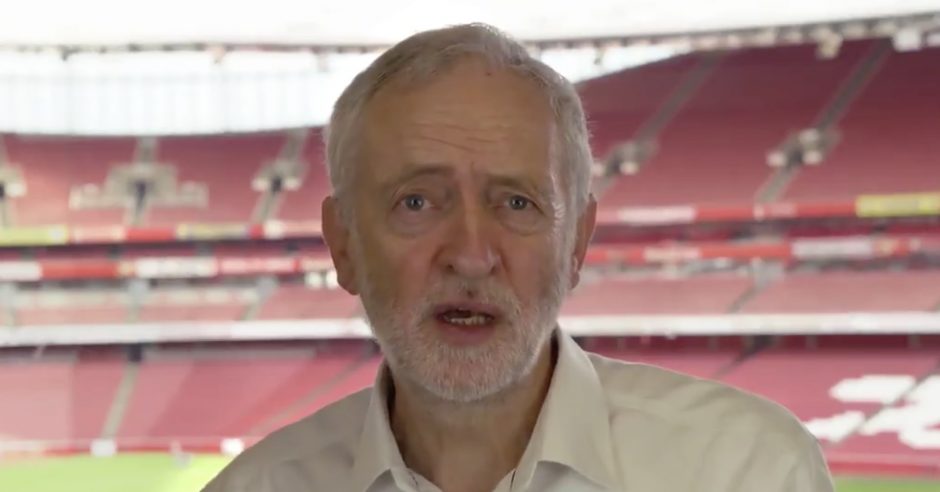 At a “Show Racism the Red Card” event last week, the Leader of the Labour Party, Jeremy Corbyn, called on Tottenham Hotspur fans to stop chanting their traditional “Yid Army” chant, saying that it racialises footballing divides and stokes antisemitism.

Tottenham Hotspur has a longstanding, historic association with its local Jewish community and has been labelled as a “Jewish team” with players and fans often facing antisemitic abuse from opposition fans. Spurs fans began to calls themselves “Yid” in response to abuse shouted by Moseley supporters at matches, as a means of reclaiming the word and showing solidarity with Jewish fans.

The “Yid Army” chant has been the source of much controversy over the years, with activists, celebrities and organisations dedicated to combating hate crime, calling for Tottenham fans to make a change and address its impact, saying that it racialises already tribal divisions and fuels antisemitism. Comedian David Baddiel and his brother Ivor have campaigned against the term for years, gaining widespread support. Mr Baddiel collaborated with Kick it Out, the charity dedicated to fighting racism in football, to campaign for the term “Yid” to be recognised as a racist slur similar to other offensive terms no longer widely used in football stands.

Meanwhile, Tottenham fans have argued that by taking ownership of the term they have successfully neutralised it as a racist term, reducing its impact and taking pride in what they consider to be the defence of their fellow fans who are Jewish. Over the years, Tottenham fans have vociferously defended their right to make use of the term, taking pride in the title despite being largely, a non-Jewish fanbase.

This is an argument, however, that in the words of Mr Corbyn, “doesn’t really work.” Speaking to The Guardian, he said: “The idea of adopting a term to neutralise it doesn’t really work because it is identifying a club by an ethnic group or faith, whereas you should be identifying club [sic] through supporters. Calling Arsenal fans ‘Gooners’ or ‘Gunners’ is fine because that is what it is because of the origins or heritage of the club.”

The chant, however, has never been purely about Tottenham. Whilst it has been a defensive call to arms, leading to Tottenham becoming a safe and welcoming place for Jewish fans it has brought out the worst in rival and opposing fans. As recently as last Sunday Liverpool fans hurled antisemitic epithets at Tottenham players and fans, making particular use of the term “Yid”. It remains the primary responsibility of those clubs with fans engaging in antisemitic rhetoric to tackle it, ensuring that antisemitism is not tolerated and zero tolerance is applied, as Chelsea committed to doing last month.

However the “Yid army” chant no longer plays the defensive, empowering role it arguably once did, and the time has now come for Tottenham fans to recognise that they could do more to combat antisemitism in football. This does not negate the responsibility of other clubs, whose racism is a major problem that we have regularly called out, but it is important that allies work constructively to oppose modern antisemitism.

There is a sense of irony in the position of Jeremy Corbyn on this point. Mr Corbyn has failed to root out and address antisemitism within the Labour Party since assuming its leadership in 2015. He himself has consorted for years with antisemites, and even rushed to the defense of figures such as the disgraced Reverend Stephen Sizer, whilst abjectly failing to stop abuse directed at Labour MP Ruth Smeeth at an event billed as drawing a line under antisemitism in the Labour Party. It is incumbent on us all to ensure that we address issues within our own sphere rather than focusing purely on the problems of others. Mr Corbyn has correctly called out a contentious and persistent cause of antisemitism in football, but in doing so he reminds us all of the continuing problems of antisemitism that he ignores.

Binyomin Gilbert is Programme Manager at Campaign Against Antisemitism