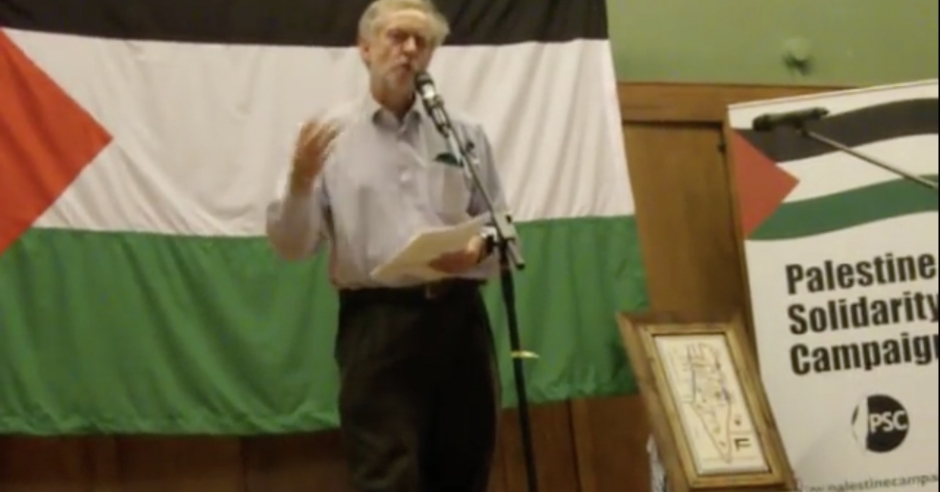 Activists from the Palestine Solidarity Campaign (PSC) and its Scottish equivalent (SPSC) have reportedly forced Jewish shops to close with a “campaign of intimidation.”

The Daily Mail reported that the activists targeted shops in Aberdeen, Belfast, Brighton, Glasgow, London and Manchester, and held aggressive rallies outside them, forcing all but one of the businesses to close. The shop in Manchester remained open following efforts by North West Friends of Israel who worked with police to expose the antisemitism and thuggery of some of the PSC activists.

A new documentary called “Hounded” was released last week by Jewish Human Rights Watch (JHRW), to draw attention to this harassment of Jews who sell goods from Israel, highlighting a “campaign of intimidation” that has been going on for years.

It focused on the story of Nissan Ayalon, a British Jewish businessman who ran a business called Jericho Skin Care and who relocated three times, from Belfast to Glasgow and then to Aberdeen, saying that he did so to escape activists from the SPSC and Republican Network for Unity. Each time, however, they found him and attacked his shop, including with paint bombs because he sold Israeli cosmetics. He said that many other shops not run by Jews also sold Israeli products, but that they were not targeted.

Mr Ayalon, who emigrated to Britain from Krygystan, eventually fled the UK with his family after he was hounded for five years by the SPSC and Republican Network for Unity.

Just this Sunday, Mick Napier the Secretary of the SPCC told protesters at the “Al Quds Day” parade that Peter Willsman should not have been suspended for saying that the Israeli embassy was behind allegations of antisemitism in the Labour Party. He declared that not only was the Israeli embassy behind “phoney” antisemitism “smears”, but that it also held workshops around the UK where “Zios” (an antisemitic slur word) plotted to orchestrate the “smears”.

In 2017, Mr Napier was found guilty of aggravated trespass at a protest outside the Jericho Skin Care cosmetics store in Glasgow during the 2014 Gaza war. The SPCC has previously been exposed over many of its supporters’ extremely antisemitic views.

A similar campaign by the PSC targeted shops in Brighton, London and Manchester, forcing two of them to close.

Mr Corbyn is a patron of the PSC. He gave the “National Demonstration for Palestine” march in central London on 2nd June, which saw open antisemitism from attendees and was organised by the PSC, his ringing endorsement. Hamas, the terrorist organisation which seeks the murder of all Jews worldwide, issued a statement in which it “salutes” Jeremy Corbyn for supporting the march. It said that it had “great respect and appreciation [sic] the solidarity message sent by the British Labor [sic] Party Leader, Jeremy Corbyn.”

British Jewish shopkeepers are being hounded by a movement that is rife with antisemitism and uses thuggery to get its way. Businesses selling Israeli products are given scant attention if they are owned by non-Jews, but if they are owned by Jews they are relentlessly harassed day after day. It is no wonder that British Jews feel intimidated and it is outrageous that the Labour Party leader refuses to cut his ties to the groups that carry out this bullying.