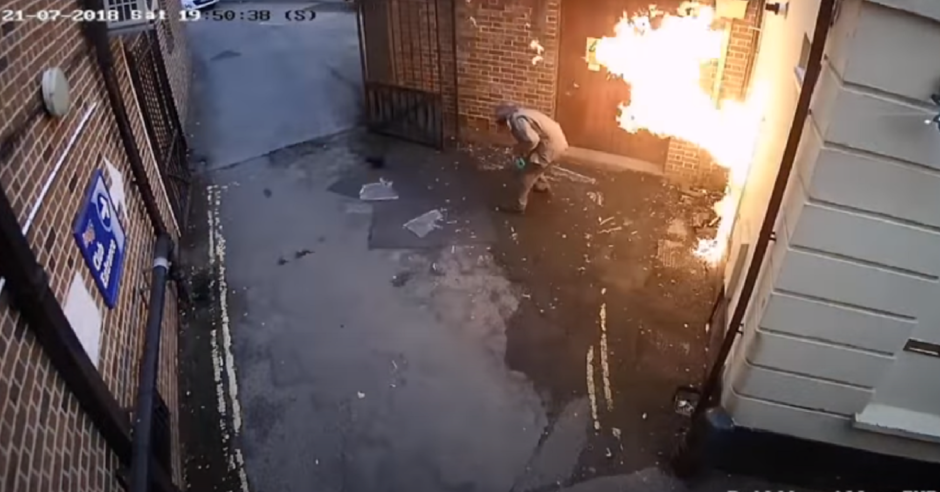 A far-right antisemite who tried to burn down the United Kingdom’s third oldest synagogue has been found guilty of terror crimes.

Triston Morgan carried out the arson attack on Exeter Synagogue on 21st July 2018.

When arrested, Morgan was found to be in possession of antisemitic, white supremacist, and neo-Nazi propaganda, including material promoting Holocaust denial, “ethnic cleansing” and “Jewish global power,” which included the “White Resistance Manual.” In addition to this, he possessed 24 knives, including a hunting knife, a sword and the axe he used in the synagogue attack.

According to a US prosecutor in California, the White Resistance Manual is “basically a guerrilla warfare manual instructing people on different types of weapons, on creating weapons, on police investigations, basically how to conduct covert urban operations.”

The manual itself states: “No longer will we allow the Jews to live like parasites upon the body of our race. No longer will we tolerate any Jewish influence in our political system, our legal system or our mass-media.”

Mr Morgan pleaded guilty to arson with intent to endanger life. He also pleaded guilty to encouraging terrorism by publishing a song entitled “White Man” to the streaming website Soundcloud, as well as to collecting information for terrorist purposes by using a copy of the White Resistance Manual.