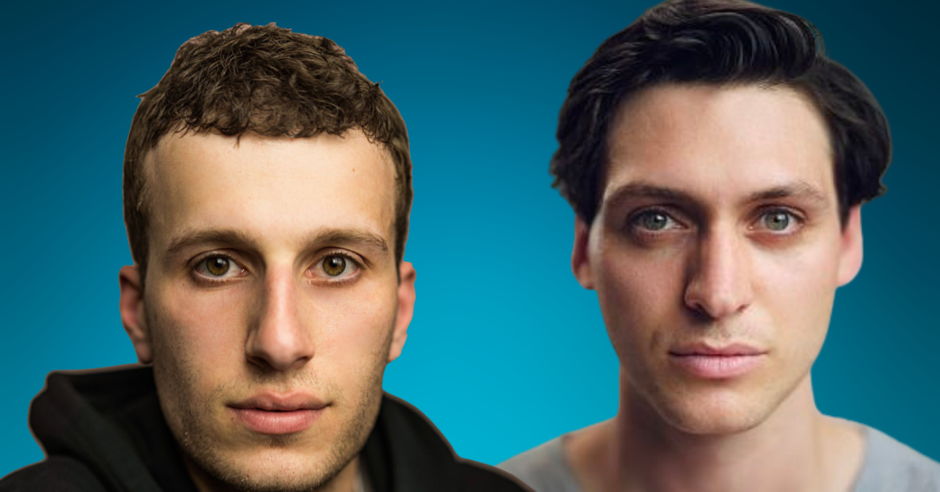 Dan Wolff and Sam Thorpe-Spinks, two Jewish actor-producers, appeared on the most recent episode of Podcast Against Antisemitism where they shed light on the antisemitism they experienced at drama school that now serves as inspiration for their upcoming play.

Their play, Emanate Presents: A Night of New Jewish Writing, features six, stand-alone short scenes. Mr Wolff and Mr Thorpe-Spinks supplied the writers, directors and actors with the questions “How do we define ourselves as Jewish?” and “How is that changing?” as prompts.

Playing at London’s Kiln Theatre on 8th and 9th of August, the production was created as a response to the duo’s experiences of antisemitism, examples of which included being asked if they were going to pick pennies up off of the floor and being told that “the Jews run New York”.

Speaking on the discrimination they faced at the Guildhall School of Music and Drama, Mr Wolff stated that much of the antisemitism was not the fault of the School specifically but rather caused by their peers, adding that he viewed it as more of a higher education issue.

Mr Thorpe-Spinks admitted that the two felt frustrated in the fact that being two of the only Jews in their year made calling out antisemitism difficult, and often resulted in them not saying anything at all.

“We didn’t talk about it much, and I don’t know why it is. Recently, having this chance to talk to you and talk to the School, we suddenly start saying things and we go, ‘Oh, actually that wasn’t okay’.

For some reason, I thought, ‘You get little jokes and that’s just part of it’, but actually when you start saying it, you go ‘No, why should we have had to put up with that? Why didn’t we speak out or make a formal complaint?’ Not just in drama school but in rehearsal rooms, professional rooms…the moment you do start talking about it, sometimes for the first time, you hear yourself and you go ‘Wow, I was going to be okay with that’.”

“And what happens is,” Mr Wolff added, “with each little remark, it chips away at something inside of you. It chips away, essentially, at your sense of pride of being Jewish. And with each little thing, it gets stripped away and it gets poked at and it gets damaged, so then you start to internalise it and you start to go ‘Well, the jokes are sort of true…we’re the butt of the joke and it’s sort of okay because someone has to be.’

“It’s an accumulative process that happens over years and years and years where you internalise it and you get to a point where you start to not hear it. It’s terrifying, the idea you become numb to the sense of discrimination. So I suppose we’re trying to thaw out the numbness in a way with this project. It’s about a defrosting of this internalised antisemitism.”

Mr Wolff explained how a core tenet of acting is being able to trust the actor that you are performing with, and that if that actor says something antisemitic, it becomes impossible to fully trust in them, which results in the work suffering.

“Essentially, what happens is you go ‘I’m with you in this space and I’m with the work but I fundamentally cannot be myself and I cannot be truly open because there is a part of me that is so integral to me that you cannot accept,” Mr Wolff said.

When asked for what advice they would give to Jews in the acting industry who may be experiencing antisemitism but aren’t sure what to do, the actor said: “Find other Jews that you can talk to and you can say, ‘This happened and I’m not sure about that,’ and more often than not, someone else can go ‘That is antisemitism,’ or ‘That’s not okay’.

“Just try and talk as much as possible. And if you can, call it out. You’d probably be surprised that people are willing to listen. If I could say something to myself ten years ago, I would say call it out more.”

Mr Thorpe-Spinks explained that he found it easier to call out antisemitism once he began tracing his familial roots back, which offered him an appreciation of his Jewish heritage, allowing him to feel emboldened enough to say something.

“It made me understand who I am a bit more, and was proud of who I am, and I think that sense of empowerment would make it easier to call things out,” he said. “For a lot of my childhood, I was Sam who was technically Jewish but wasn’t interested, and maybe when I experienced antisemitism, I would not have associated myself with it, to be honest. But because I have discovered my ancestry, I suddenly go ‘I am proud of what they went through and of who I am’, and I think there’s a real empowerment to that kind of self-discovery.”

Throughout the interview, the duo touched upon a variety of other issues, including whether non-Jews can play Jewish characters and last year’s incident in which the Royal Court Theatre came under intense scrutiny after the greedy billionaire character in its play Rare Earth Mettle was given the name Herschel Fink.

The podcast with Mr Wolff and Mr Thorpe-Spinks can be listened to here, or watched here.