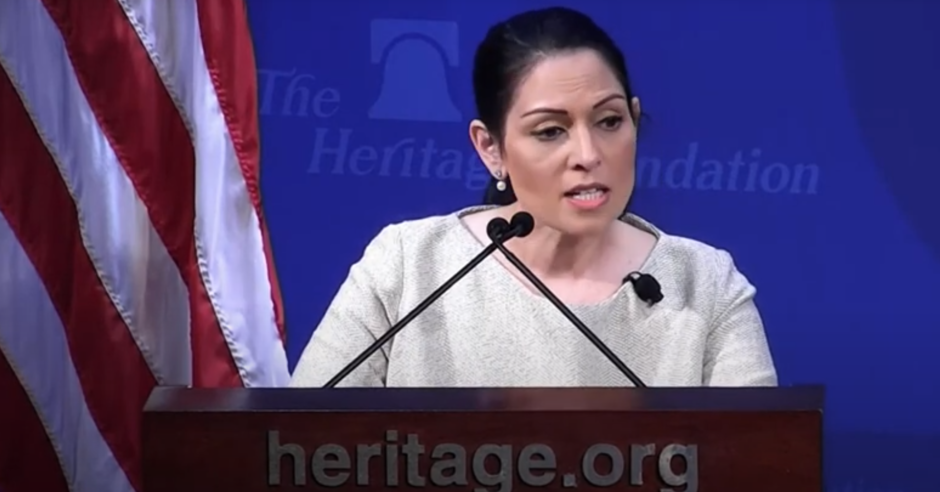 The Home Secretary has been vindicated in her decision to ban the antisemitic genocidal terrorist group Hamas in full, after it emerged that the terrorist who murdered the grandson of a prominent British rabbi yesterday was a member of the group’s supposed “political wing”.

The Home Secretary’s announcement on Friday that she would proscribe Hamas in full followed calls by Campaign Against Antisemitism and allies for the Government to ban the terrorist group in its entirety.

Until now, the UK has only proscribed the Izz al-Din al-Qassam Brigades — the so-called “military wing” of the terrorist group, leaving the supposed “political wing” free to operate and its supporters at liberty to proselytise, even though there is no material distinction between the supposed “wings” of Hamas, which share the same personnel and where political leaders launch military operations.

Yesterday’s terror attack, carried out by a member of Hamas’ supposed “political wing”, is a monstrous case in point.

Because of this loophole, Hamas flags can be flown, its ideology can be promoted, funds can be raised, material can be disseminated, and its representatives can operate in the UK.

In her speech in Washington D.C. on Friday, Priti Patel observed that “the current listing of Hamas creates an artificial distinction between various parts of that organisation – it is right that that listing is updated to reflect this.”

Ms Patel also said that “one of the saddest things: I’ve been a member of Parliament for ten years and antisemitism has dominated my time in Parliament, my time in politics, as an active politician, certainly in the United Kingdom. So, it’s well-versed and well-known, the acts of antisemitism that have taken place in the United Kingdom. And also some of those in political quarters as well that have been proponents of that.

“That is simply unacceptable and even this year alone, in central London and other parts of the country, in the United Kingdom, we have seen the most abhorrent and appalling acts of antisemitism, levelled against the Jewish community and that is simply not acceptable.

The fatality in yesterday’s terror attack was Eliyahu David Kay, a 26-year-old immigrant from South Africa and grandson of a prominent British rabbi. The terrorist, Fadi Abu Shkhaidem, also wounded four others before being killed by security forces.

No jail for two vandals who admitted scrawling antisemitic graffiti outside...

Jo Bird and Pamela Fitzpatrick are expelled from the Labour Party as pro-Corbyn...
Scroll to top