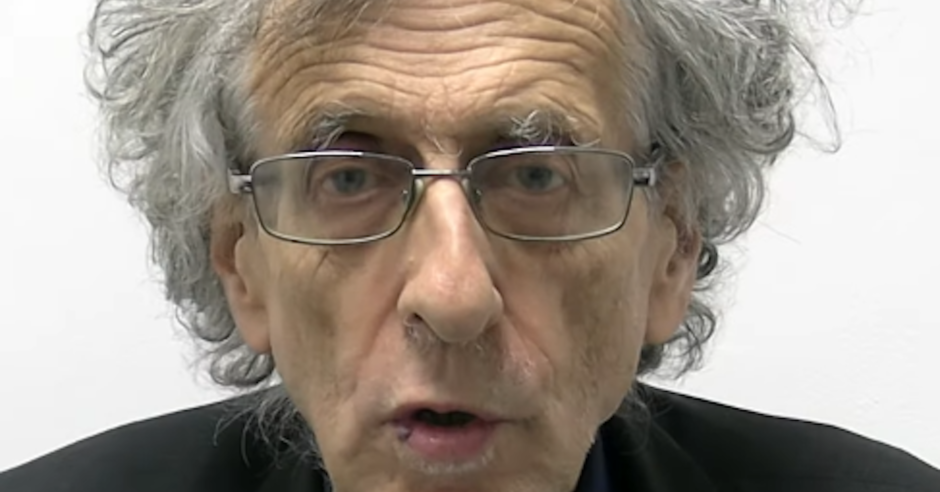 The Metropolitan Police has disclosed that it arrested a 73-year-old man in Southwark yesterday on suspicion of malicious communications and public nuisance.

Campaign Against Antisemitism and others have reported recently that Piers Corbyn, the brother of the former Labour leader, conceived and has been distributing grotesque flyers comparing lockdown rules to Auschwitz. Referencing a headline in the Evening Standard that the new COVID-19 vaccines are a “safe path to freedom”, the leaflets show the slogan atop the infamous gates to Auschwitz.

Mr Corbyn has distributed the leaflets in heavily-Jewish Barnet and now in Southwark, which has prompted his arrest.

Responding to his arrest, Mr Corbyn absurdly argued that he could not be antisemitic because he had been married to a Jewish woman and once employed a Jewish person who was a “superb worker” in a comment attributed to him in the JC. Mr Corbyn reportedly protested: “The idea we’re antisemitic in any way is completely absurd. I was married for 22 years to a Jewess and obviously her mother’s forebears fled the Baltic states just before the war because of Hitler or the Nazis in general. I’ve worked with Jewish leading world scientists over the last 30 years. I’ve also employed Jewish people in my business Weather Action, one of whom was a superb worker.”

Mr Corbyn, the brother of the former Labour leader, is a vehement opponent of pandemic lockdowns and has spoken at numerous rallies against lockdown rules, including appearing alongside the antisemitic hate preacher David Icke. Recently, the former BNP leader, Nick Griffin, also compared the lockdown to Auschwitz.

Anti-lockdown and anti-vaccination networks have become known as hotbeds of antisemitic conspiracy theories and tropes.

Mr Corbyn has a history of controversy in relation to antisemitic conspiracy theories. He has previously retweeted @whiteknight0011, a notorious neo-Nazi who declared that “They will force Trump in to war What do you think happened to Hitler? Bilderberg CIA IMF Banker Gangsters They are the problem” along with four images. The @whiteknight0011 account has since been suspended. One image showed Lord Jacob Rothschild, the Jewish banker and philanthropist, against the background of a Nazi flag, claiming that he controls the world. A second showed Israeli Prime Minister Benjamin Netanyahu as a puppeteer controlling ISIS through Israeli intelligence agency Mossad, orchestrating the war in Syria and Paris attacks as Lord Rothschild and the Queen look on approvingly. A third image showed the faces of supposed Jewish conspirators who run the world to society’s detriment, proclaiming: “Know your enemy”. The last image showed a family photo of the Royal Family, claiming that they are in cahoots with these Jewish conspirators in committing “the worst genocides, invasions and theft in all history.”

Mr Corbyn has also claimed that “Zionists” were conspiring against his brother: when Jewish then-MP Louise Ellman complained of antisemitic attacks against her, Piers accused her of using it as a cover for political attack, tweeting: “ABSURD! JC+ All #Corbyns are committed #AntiNazi. #Zionists can’t cope with anyone supporting rights for #Palestine”.

A spokesperson for the Metropolitan Police Service said: “A 73-year-old man was arrested in Southwark on Wednesday, 3 February on suspicion of malicious communications and public nuisance. A 37-year-old man was arrested earlier the same day in Bow, east London, on suspicion of a public order offence. Both men were taken to a south London police station. They have since been bailed to return on a date in early March. The leaflet contained material that appeared to compare the Covid-19 vaccination programme with the Holocaust.”

A spokesperson for Campaign Against Antisemitism said: “These grotesque flyers comparing the lockdown to the Auschwitz death camp are just the latest stunt in Piers Corbyn’s long history of Jew-baiting, which apparently runs in the family. Lately, he even shared a platform with the modern date antisemitic hate preacher David Icke. It is time that Corbyn faces the legal consequences of his trolling of Jews.”