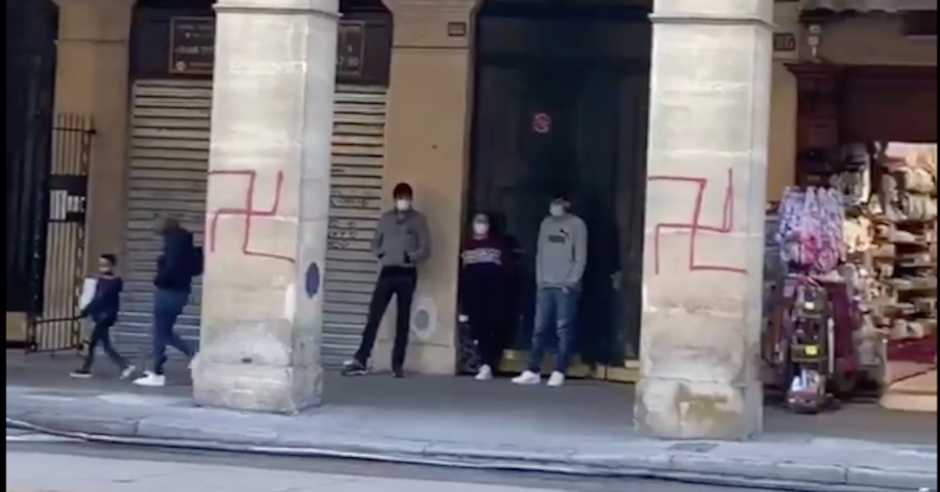 Police in Paris have arrested a suspect in connection with the vandalisation of the walls and columns of the Place de la Concorde and Rue de Rivoli with fascist imagery.

The 31 year-old male, who was arrested near to the scene, is suspected of having spray-painted twenty large red swastikas across the Parisian buildings on 11th October.

The Wiesenthal Centre issued a statement saying that “it was eerie to see swastikas back” and praising the French authorities for the swift arrest and expressed parallels between the recent incident and the German occupation in the 1940s which saw the incorporation of Nazi flags along the Rue de Rivoli.

The recent incident occurred just over a week after a kosher restaurant in Paris was vandalised and destroyed with spray-painted swastikas and antisemitic statements.

In 2019, French police registered a 27 percent increase in antisemitic acts last year, including vandalism and threats of physical attacks.

Anne Hidalgo, The Mayor of Paris, stated that the prevention of such acts is part of the city’s mission to combat antisemitism and assured the public that cleaning teams would intervene rapidly to remove all signs of these hateful messages. However, many members of the wider community have taken to social media to suggest that removing the graffiti does not make the threat to their lives and identities disappear.