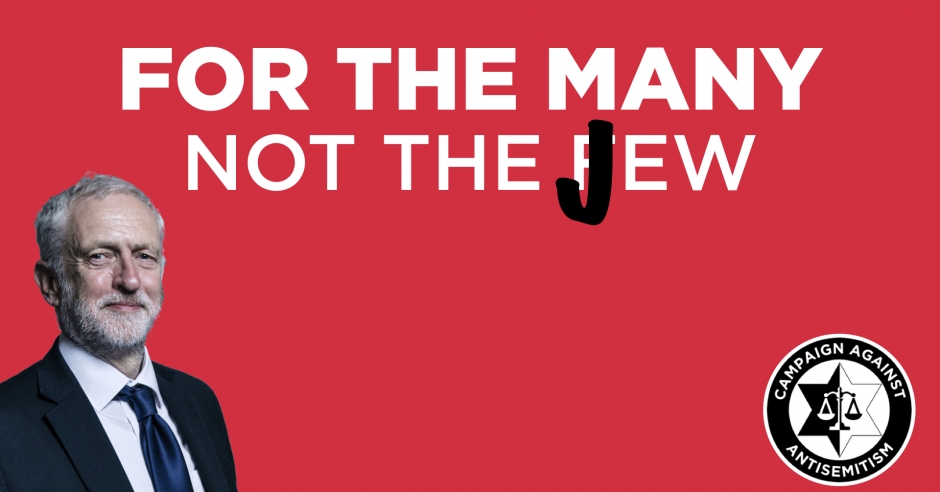 The Labour Party is due to launch its Race and Faith Manifesto tomorrow. The manifesto includes a pledge to “Enhance the powers and functions of the Equality and Human Rights Commission, making it truly independent, to ensure it can support people to effectively challenge any discrimination they may face.”

Gideon Falter, Chief Executive of Campaign Against Antisemitism, said: “As a result of our legal representations, the Labour Party under Jeremy Corbyn became the first party to face a full statutory investigation since the Equality Act 2006 was brought into law.

“As the complainant in the investigation, we consider it to be sinister in the extreme that the Labour Party is now proposing to restructure the very body that is investigating its racism against Jews. The Commission is defending British Jews by independently acting to investigate and stop unlawful antisemitic discrimination, harassment and victimisation, just as it does for all other groups protected under the Equality Act, exactly as it was designed to do.

“This sinister proposal by the Labour Party to restructure the Commission should be immediately retracted. If the next government seeks to undermine the Commission’s ability to defend Britain’s Jews from antisemitism then there can be no doubt whatsoever that we will issue judicial review proceedings to prevent them from doing so.”

Over 58,000 people have now signed our petition denouncing Jeremy Corbyn as an antisemite and declaring him “unfit to hold any public office.”

On 8th December, regardless of religion, race or politics, Jews and non-Jews alike will gather in Parliament Square to declare that they stand together against antisemitism in the face of Jew-hatred in politics and mounting anti-Jewish hate crime.

Man assaults Jewish children on bus, punching one in the eye

Chief Rabbi attacks Corbyn and calls on Britons to “vote with their conscience”... Scroll to top