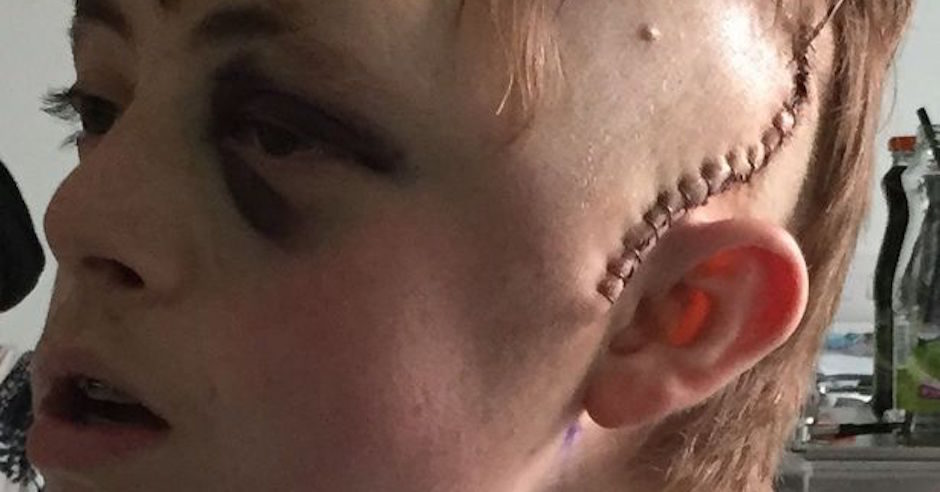 Two 17-year-olds have been convicted of an attack on four Jewish boys in Manchester on 5th September. Joseph Kelly and Zach Birch pleaded guilty after being arrested by Great Manchester Police which launched an extensive forensic operation in the wake of the incident.

Moshe Fuerst, aged 17, was the most seriously injured. He was knocked unconscious with a blow to the head and continued to be assaulted as he lay helpless on the ground. He suffered a fractured skull and had to be placed in a medically-induced coma.

The group of Jewish boys said that they did not want to fight but were subjected to a sustained assault which began with punches and kicks to the head and upper body of one of the victims. As the other Jewish boys stepped in to try and stop the attack, they too came under attack. They were able to flee into a nearby road but were chased by their assailants who punched Moshe Fuerst in the face, knocking him unconscious. They then kicked him as he lay prone on the pavement, before the attackers ran away. Moshe was left fighting for his life in hospital. He has since returned home, where he is recovering from his injuries.

We understand that the police logged the incident as a hate crime but it was not prosecuted as such, and the judge made clear that the conviction was not affected by allegations that the attack was motivated by antisemitism. Chief Superintendent Wasim Chaudhry of North Manchester division said: “This was a vicious and unprovoked attack which has left a young man with a serious head injury and with on-going psychological issues…At the start of this investigation Greater Manchester Police recorded this as a hate crime and investigated it as such. Greater Manchester Police take any such allegation extremely seriously. However, after our experienced detectives and senior figures within the Crown Prosecution Service examined the evidence closely, it was decided that this assault did not meet the threshold to be treated as a racially aggravated crime.”

Scottish Jews bearing the brunt of hate crime as Police Scotland cracks down...

Is Britain racist? BBC Radio discussion with Campaign Against Antisemitism
Scroll to top