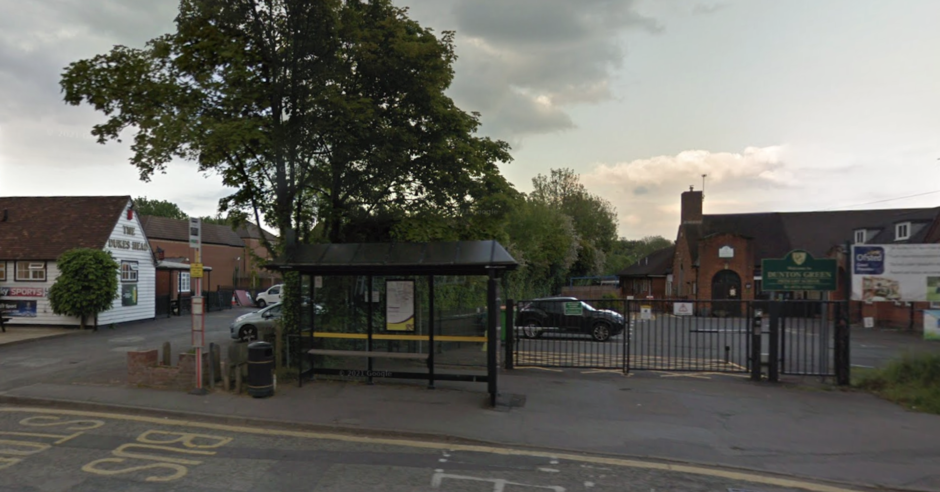 Nazi stickers with razor blades placed underneath have been found in Kent at a bus stop near a primary school.

The stickers were discovered at the Dunton Green bus stop on 22nd September.

The Vice-Principal of nearby Dartford Technology College wrote to parents to warn them of the stickers, saying: “The school has received a message from Kent County Council regarding an abhorrent incident of vandalism, whereby extremist and racist stickers were attached to a bus stop that was very close to a primary school. The worrying aggravating factor was that razor blades were slipped underneath the stickers, creating an injury risk when removing stickers.”

Sightings of other stickers were reportedly made on 5th September in Chatham and on 8th September on Henry Street. Kent Police said that the stickers in Chatham did not have razor blades behind them.

Inspector Matt Atkinson from Sevenoaks’ Community Safety Unit said: “This is disturbing behaviour and while I do not want to cause people to panic, I do want to raise awareness of this issue. Publicly promoting offensive, hate-filled notices is not acceptable in itself but adding razor blades to potentially seriously harm somebody is despicable.”

“If anyone has information as to who placed these stickers in this location or sees anything similar of concern please do report it via 101 and do not attempt to remove them,” he added.

In June, a sticker belonging to the neo-Nazi group, British National Socialist Movement, was found on a lamppost near Manchester’s Charedi Jewish community.