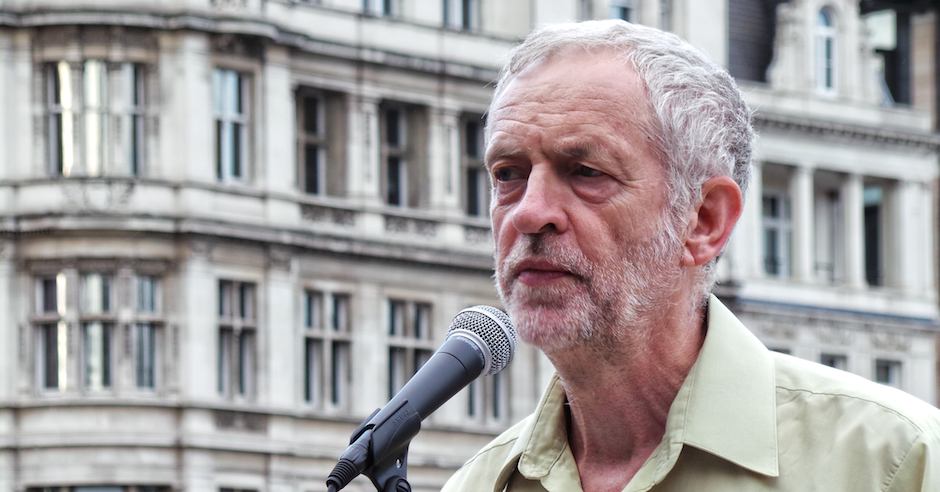 Those who appear shocked by Jeremy Corbyn’s failure to accept any of the demands made of him by two Jewish charities, the Board of Deputies and the Jewish Leadership Council, fail to remember that we have been here before. The charities have described the outcome as a “missed opportunity” but in reality, there was no opportunity to miss.

Campaign Against Antisemitism considered the relationship between the Jewish community and Jeremy Corbyn’s Labour Party dead in April 2017, when the Party failed to expel Ken Livingstone. As we have pointed out with detailed evidence, Labour has since been planning how to get him back in to the Party, not how to expel him, with Mr Corbyn himself lying about instigating a mythical inquiry in order to do so. In these circumstances, it was hard to imagine any other outcome from yesterday’s meeting.

Mr Corbyn’s power, from Labour’s National Executive Committee down to the grassroots on social media, is owed to the very places where antisemitism has emerged so strongly. To move against them would be to stand up to his supporters at a time when he is vulnerable. He will not do it.

The way that the Board of Deputies and the Jewish Leadership Council’s engagement with Mr Corbyn has played out has proved us sadly to have been right. Setting their sights on achieving a change from Mr Corbyn himself, they set out a series of preconditions for meeting him, including that he must cease to meet with “fringe organisations” instead of mainstream Britsih Jewry. A few days later, Mr Corbyn attended an event by a fringe organisation called Jewdas and then wrote to the Jewish charities telling them that he would be willing to meet them “unconditionally”, clearly meaning that he refused to accept any preconditions. The Board of Deputies and the Jewish Leadership Council said that they would attend the meeting, but as soon as they did so, Mr Corbyn tried to convene a second meeting with fringe organisations, which only fell apart because no mainstream Jewish organisations would agree to go along. Still, the Board of Deputies and the Jewish Leadership Council said they would meet Mr Corbyn but even on the day of the meeting, he was sending mixed messages, with a carefully-crafted comment article in the Evening Standard simultaneously apologising for antisemitism whilst extolling the virtues of anti-Zionism, whilst in off-the-cuff comments he made clear to journalists that he sees no particular problem in the Labour Party. Now, unsurprisingly, the meeting has ended with nothing to show, and all that has happened is that Mr Corbyn has bought more time.

Campaign Against Antisemitism has supported and not interfered in the Board of Deputies and the Jewish Leadership Council’s attempts to negotiate with Mr Corbyn. However, we knew how it would end, and we decided not to participate.

Campaign Against Antisemitism recognised long ago that Mr Corbyn’s leadership of the Labour Party, and the group around him, are the source of the problem, not the solution. Far from thinking it profitable to negotiate with Mr Corbyn, we have submitted a disciplinary complaint against him to the Labour Party, which we intend to enforce through the courts if necessary. With the failure of the Board of Deputies and the Jewish Leadership Council’s efforts, we now ask the Jewish community and Labour MPs to unite around that complaint, and join our quest for transparent disciplinary processes to be adopted by all of our political parties, by law if necessary.

We also look to Labour MPs for support. They have witnessed the debate in Parliament last Tuesday and the horrifying testimony of their Jewish colleagues. 107 of them signed a statement swearing that they would not let the antisemitic “insidious racism” go unchecked and yet, here we are, a year later, and they have failed to act. They have sat on the fence so long over the leadership of the Party and shed so many tears for their Jewish colleagues, but if their much-vaunted claims to have joined Labour because of their anti-racist beliefs mean anything at all, it is now time for them to insist that their leader be held to account.

Finally, responsibility for the ultimate outcome also rests with the British people and our democratic institutions. Most of the nation’s political class, journalists and the public find Labour’s antisemitism repugnant, but Mr Corbyn and his allies have indicated that they simply do not care for anything but their ownership and command of the Labour Party. Mr Corbyn’s rejection of the requests made yesterday, is not just a two-fingered salute to British Jews, but to all decent British people. When Her Majesty’s Most Loyal Opposition is an endemically racist party, it is time for the whole country to wake up to the threat that represents. As Rabbi Lord Jonathan Sacks pointed out, what starts with the Jews, does not end with the Jews.

In the meantime, the Jewish community should afford the Labour Party no further meetings.

Jeremy Corbyn’s article in the Evening Standard is doublespeak for apologising...
Scroll to top