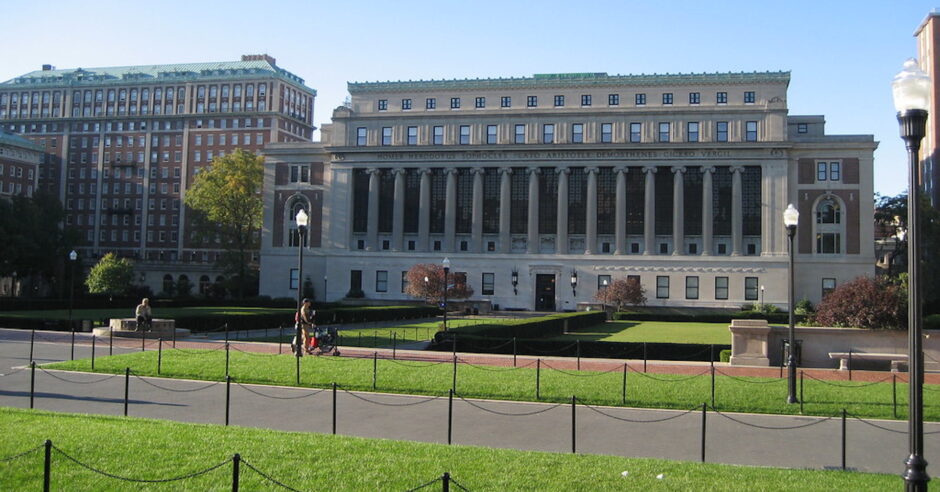 According to Columbia University’s Office of University Life, a swastika was discovered on 6th October on campus following the recent passage of an Israel divestment resolution.

The swastika was found by students on the steps of the Ivy League University’s main library, the Low Library. The administration condemned the act and has made a public commitment to investigate the antisemitic act to ensure that the campus remains a “welcoming and inclusive place where everyone is treated with dignity and respect.”

The swastika appeared days after the undergraduate student body voted in favour of a BDS resolution targeting Israel. Jewish communities have long contended that such measures are related to a rise in antisemitic incidents.

Students Supporting Israel (SSI) at Columbia University alleged, in an 8th October post on their social media page, that there was almost certainly a link between the vote and the swastika, described as a “despicable act of antisemitism”, and noted, as the group did before the vote, that it poses a threat to Jewish students.

Bryan Leib, chairman of Jewish millennial group HaShevet, drew parallels between the graffiti in Columbia and other on-campus incidents across the country, expressing concern that this may soon be “the new normal”. Last year a group of far-left students painted swastikas on the dorm room doors of Jewish students soon after a similar vote at the University of Indianapolis.

The SSI have expressed concern that the matter will not be taken seriously by the University administration and that the perpetrators will remain unpunished following previous failings to tackle antisemitism.

Campaign Against Antisemitism have expanded our coverage of antisemitism worldwide. Please contact us if you would like to share feedback or volunteer to assist with this project.