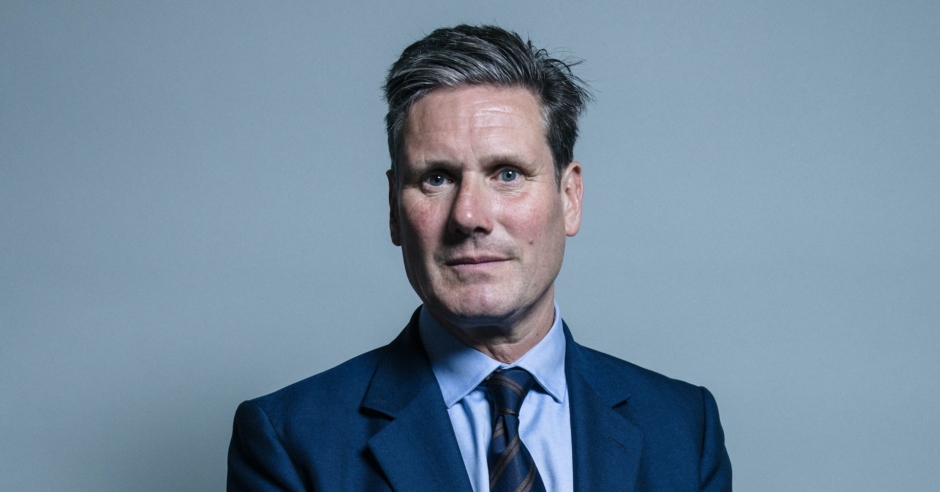 With the one year anniversary of Sir Keir Starmer’s election to the leadership of the Labour Party, a review of the Party’s progress in its purported fight against antisemitism suggests that more work is needed to convince the Jewish community that he is serious.

Sir Keir’s statement on his victory one year ago and his pledge to “tear out this poison by its roots” provided a degree of reassurance, but coming from a politician who just a few months earlier had given his “100% backing” to an antisemite, actions were always going to speak louder than words.

There have certainly been some positive actions. The removal of Rebecca Long-Bailey from the Shadow Cabinet after she shared an article promoting an antisemitic conspiracy theory appeared to represent a turning point. Proclamations by Labour’s General-Secretary, David Evans, to Constituency Labour Parties to avoid discussing antisemitism, some publicly-announced investigations and other indications that discipline was quietly being imposed were also welcome indications of the direction of travel. At least two local councils saw power shift from Labour due to the suspension and resignation of councillors in connection with antisemitism controversies.

Sir Keir’s response to the damning report by the Equality and Human Rights Commission (EHRC) into Labour antisemitism was also forthright, as was his suspension of Jeremy Corbyn within hours of the publication of the report, an unacceptable reaction by Mr Corbyn and the submission of complaints against Mr Corbyn and other MPs by Campaign Against Antisemitism.

Important though these actions have been, however, it is Sir Keir’s inaction that has been the dominant theme of his first year in office. His repeated refusal to engage with us, despite our being the complainant in the EHRC’s investigation into antisemitism in his Party, and Labour’s failure even to acknowledge our complaints, do not reflect a leadership wholly willing to address past failures.

Despite his pledge to suspend MPs or Party members who share platforms with those expelled over antisemitism, Sir Keir never acted against MPs Diane Abbott or Bell Ribeiro-Addy or Labour candidate and former Respect Party leader Salma Yaqoob, to name only a few prominent figures, when they did just that. Nor did he act against those who divisively and disgracefully suggested that fighting antisemitism could be to the detriment of other minorities.

Although there were reports of a large exodus of far-left members from the Party, many of these have been voluntary (albeit following suspensions pending investigation) rather than expulsions. Meanwhile, Labour’s disciplinary procedures remain mired in controversy and incoherence, with Mr Corbyn’s suspension from Labour and rapid readmission to the Party (but not, at the last minute, to the Parliamentary Party) a particularly high-profile example. Another recent example is the suspension, readmission and resuspension of Cllr Noah Tucker in Haringey, and the removal of fellow Haringey councillor Preston Tabois from Labour’s slate of candidates for the coming London Assembly elections even as he remains a Labour councillor and a member of the Party.

Reports that our complaint against Deputy Leader Angela Rayner has been dismissed without so much as an acknowledgement (contrary to the Party’s new complaints handling policy) let alone an investigation, add to concerns that the Party has not yet reformed its ways. Meanwhile, the Party’s new Complaints Handling Handbook seems to imagine that ‘Formal Warnings’ lasting eighteen months will be sufficient to eradicate antisemitism from Labour’s ranks. Its virtues notwithstanding, the document reads like a bad April Fool’s Joke.

As if as a reminder of the persistence of the problem, a new poll of Labour members, conducted in late March by YouGov, found that over two thirds believe that the problem of antisemitism in the Party has been “exaggerated” or that there is not a serious problem. Given that a separate poll by Lord Ashcroft shortly after the 2019 General Election found that nearly three quarters of Labour members believed that the issue of antisemitism in the Party was “invented or wildly exaggerated by the right-wing media and opponents of Jeremy Corbyn”, it is difficult to see how progress has been made in changing the culture of the Party over the past year.

Ultimately, the Jewish community is not convinced. Our latest Antisemitism Barometer, published at the start of the year (with polling conducted well over six months into Sir Keir’s tenure as leader), showed that British Jews feel that the Labour Party is more than twice as tolerant of antisemitism than any other political party. Remarkably, compared to the previous year’s figures (polled while Mr Corbyn was still leader of the Party), Labour performed worse, with 88 percent of respondents considering that the Party was too tolerant of antisemitism under Sir Keir compared with 86 percent the year before under Mr Corbyn. At times, this sentiment has spilled into the open.

It was always clear that addressing antisemitism in the Labour Party would be the work of many years. But even that timeframe depends on genuine willingness and concerted action. After Sir Keir’s first year, both conditions remain very much in question, with concerns growing that his efforts look increasingly like an attempt to kick the problem down the road.

Gideon Falter, Chief Executive of Campaign Against Antisemitism, said: “It was always clear that addressing Labour antisemitism would be the work of many years. While the Party has taken some welcome steps over the course of Sir Keir Starmer’s first year in office, the inaction speaks far louder. MPs sharing platforms with expelled members with no sanction, no acknowledgement of our complaints, incoherent disciplinary outcomes at the national and local level, and polling that shows an unchanged attitude among ordinary Labour members reinforce the view, held by almost ninety percent of British Jews, that the Labour Party is too tolerant of antisemitism. Sir Keir himself has rightly said that words are not enough. It is time to see some real action.”

Campaign Against Antisemitism has lodged a complaint against Jeremy Corbyn, holding him responsible for conduct that is prejudicial or grossly detrimental to the Labour Party, as the Leader during the period of the EHRC’s shameful findings. Given the serious detriment that this conduct has caused, we are seeking Mr Corbyn’s immediate resuspension and, if the complaint is upheld, we will be requesting his expulsion. On the day of the publication of the EHRC’s report, we also submitted a major complaint against Mr Corbyn and other sitting MPs. These complaints are yet to be acknowledged by the Party, and they must be investigated by an independent disciplinary process that the EHRC has demanded and Sir Keir has promised but has yet to introduce.

75-year-old Jewish woman opens front door to man screaming at her that Jews... Scroll to top