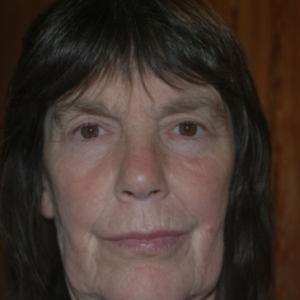 Campaign Against Antisemitism’s analysis is that Ms Moller’s actions and statements amount to breaches of the International Definition of Antisemitism and qualify as antisemitic discourse according to our methodology.

By stating that the situation in Palestine reminds her of “Hitler’s extermination of the Jews” [3], Ms Moller was “drawing comparisons of contemporary Israeli policy to that of the Nazis.”

By suggesting that it is incumbent on Jews in all countries to call for international companies to withdraw investment from Israel [1a], she was “holding Jews collectively responsible for actions of the State of Israel.”

Zionism is an expression of national self-determination for Jews, and since the establishment of the State of Israel, of support for the maintenance of that state. However, the allegation that Zionism is an inherently far-right and racist ideology was promulgated by the Soviet Union in the post-war era until 1989, as part of a deliberate and explicitly antisemitic campaign to persecute Jewish citizens who wished to practise their religion and/or leave the Soviet Union — especially to emigrate to Israel — as well as to demonise and undermine Israel on the foreign stage for global strategic gain. A singular purpose of this propaganda was to drive a false distinction between “Jews” and “Zionists”, in which the latter is the enemy of the former, and the embodiment of many older antisemitic tropes. By sharing an article which promoted the view that “Zionism [is] the real enemy of the Jews” [2a]; which asserted that Zionism was the only cause of contemporary antisemitism [2c]; and whose author stated that he was only prevented from becoming “anti-Jew” through acquaintance with Jews whose own loathing of Zionism and Israel he considered acceptable — who had not, in his opinion, been “brainwashed” [2d], she was disseminating material which was demonising Zionism, and as such was “denying the Jewish people their right to self-determination…”

By suggesting that Jews are in a “moral void”, only to be redeemed by speaking out against “the greatest horror of our time” [1a]; and by sharing an article which referred repeatedly to the “Zionist lobby” (thereby deploying a trope regarding the hidden power of diaspora Jews or Israel which originated in the antisemitic propaganda of 1970s Soviet Russia) and claimed that Israel controlled US politics via American Jews [2b], she was “making mendacious, dehumanising, demonising, or stereotypical allegations about Jews as such or the power of Jews as collective — such as, especially but not exclusively, the myth about a world Jewish conspiracy or of Jews controlling the media, economy, government or other societal institutions.”

Given that those who are most involved in combating antisemitism, and those most prominent in having made well-evidenced claims of antisemitism in the Labour Party are Jewish, by signing a letter which claimed that the purpose of  International Definition of Antisemitism “was nothing to do with opposing antisemitism”, but rather that it had been designed entirely for the purposes of protecting Israel, thereby imputing an entirely political motive to its authors [4]; by signing and sharing a petition which claimed that the true motive of a Jewish charity fighting antisemitism was to protect Israel by making false accusations against its critics [5]; by sharing a petition which claimed that accusations of antisemitism against Jeremy Corbyn were “made by persons solely engaged in political maneuvering to damage the Labour Party” in order to “ensure a continuance of Right Wing politics in the UK” [6a]; and by characterising allegations of antisemitism made against Jeremy Corbyn as “bullying” which was intended to “kill off…the only person standing up to Israel who can make  a difference” [6b], she was both directly deploying and disseminating material which was deploying the so-called ‘Livingstone Formulation’, by accusing Jews who cite evidence of antisemitism of lying, conspiring or having deceitful motives in doing so, when there is clear evidence that there have been breaches of the International Definition of Antisemitism. This further constitutes “making mendacious, dehumanising, demonising, or stereotypical allegations about Jews…”

Moreover, by sharing material which asserted that those making claims of antisemitism were “nakedly right-wing” [5] or intent on ensuring “a continuance of right-wing politics” [6], she was advancing an antisemitic trope which has gained currency in left-wing discourse which allows the views and concerns of Jewish people not only to be dismissed, but which also seeks to demonise them by association with political groups already demonised on the left, either by employing the generalised term ‘right wing’, or by explicitly linking them with the Conservative Party, which is often associated with the notion of ‘evil’ in left-wing discourse.

On this basis, the EHRC found that denying antisemitism in the Labour Party and making comments dismissing complaints as “smears” or “fake” — such as allegations  that complaints of antisemitism are “part of a smear campaign by ‘the Israel lobby’ to stigmatise critics of Israel as antisemitic, and…intended to undermine and disrupt the leadership of Jeremy Corbyn MP” — are not protected by the fundamental right to freedom of expression under Article 10 of the European Convention on Human Rights. In other words, such comments are not protected as freedom of speech at all, but amount to unlawful harassment of Jewish people.

Furthermore, the EHRC specified certain examples of antisemitic conduct which would be unlawful on the same basis within the relevant context.

Ms Moller’s comments and dissemination of material deploying the so-called ‘Livingstone Formulation’ as described above; her “holding Jews collectively responsible for actions of the State of Israel” [1a]; her dissemination of material alleging that Israel “controls” American politics [2b]; and her comparison of the situation in Palestine with “Hitler’s extermination of the Jews” [3] appear, under our analysis, to be captured within the examples given in the EHRC’s report.

Ms Moller has claimed to be a “child survivor of the Holocaust”. Even if this is correct, neither being born Jewish, being a practising Jew, nor, indeed, being a Holocaust survivor changes the nature or effects of statements that manifestly and objectively disseminate antisemitic discourse, as is demonstrably the case with Ms Moller.

At the time of writing, on 9th December 2020, it is unknown whether any action has been taken by Plaid Cymru against Ms Moller.

In December 2020, Campaign Against Antisemitism put this matter to both Ms Moller and Plaid Cymru. Ms Moller did not respond, but a Plaid Cymru spokesperson said: “Plaid Cymru is committed to building a Wales where all members of society feel safe and valued, and we are completely opposed to any form of discrimination.”

On January 6th 2021, it was reported that Ms Moller had left Plaid Cymru, although it is unclear when, and that she had claimed: “I am and have been strongly critical of the State of Israel, and this is the sole justification for the accusation of antisemitism.” She reportedly went on to state: “I do see the State of Israel as perpetrating a slow genocide…and the destruction goes beyond the indigenous population of Israel and Palestine. The current bombing of Syria is an example of their wider mission.” She further reportedly asserted that “the indigenous people of  Israel and Palestine are semitic, so it is the state of Israel which is violently antisemitic.” It should be noted that the term ‘antisemitism’ was coined in the late 19th century specifically to designate prejudice against Jews.

Campaign Against Antisemitism has rated the Party’s handling of this matter as “bad”. Our rating system is explained in our methodology. This case was last updated on 1st Monthember 2019.

Campaign Against Antisemitism has rated the Party’s handling of this matter as “unsatisfactory”. Our rating system is explained in our methodology. This case was last updated on 1st Monthember 2019.

Campaign Against Antisemitism has rated the Party’s handling of this matter as “good”. Our rating system is explained in our methodology. This case was last updated on 1st Monthember 2019.