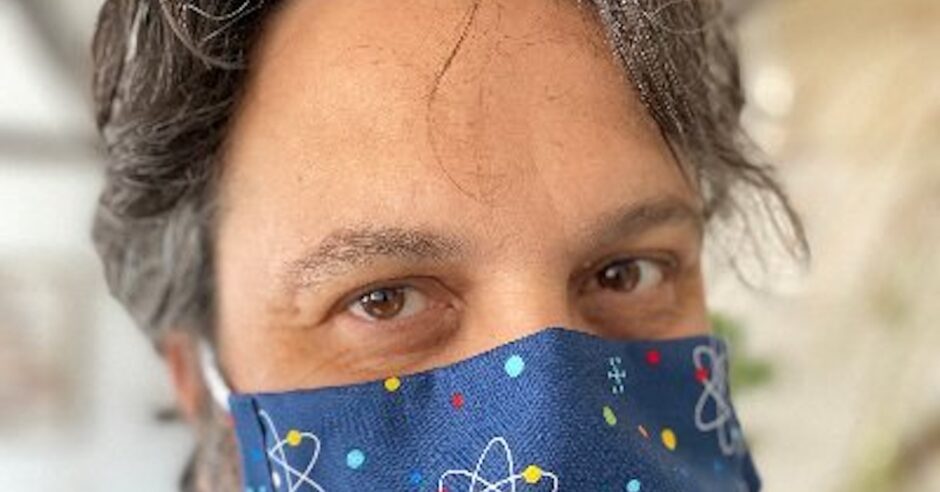 A Jewish activist has bravely revealed on Twitter how casual antisemitism persists in some social justice circles.

Adam Ma’anit, a writer, activist and former co-editor of the New Internationalist, has described the casual antisemitism he faced on his first day at a new job, demonstrating that quiet forms of prejudice against Jews persist even when they do not make headlines.

“On the first day of my new job, I was introduced to a former employee who was held in high regard. Squinting their eyes at me they asked the question most foreigners dread: ‘Where are you from?’ My colleagues just froze in that awkward British embarrassed way but said nothing.

“I tried to deflect. They persisted. ‘No, really, where are you from?’ now edging towards me. I lacked confidence because this was literally my first day on the job. The silence of seven people all staring at me palpable as this interrogation continued unabated.

“‘I’m Israeli,’ I said reluctantly because I knew where this would lead. ‘Aha!’ They exclaimed. Eyes now no longer squinting, head nodding like they had known all along I stood out as not quite belonging. Not one of them. The public interrogation continued, my colleagues mute.

“‘Don’t you want to burn that Israeli passport?’ they said, making a sparking lighter gesture with their hand and a barely contained grin. Now seriously uncomfortable, everyone staring at me, I meekly said that I didn’t and that it was my only passport.

“My visible discomfort (I physically moved behind a desk to put distance between myself and them) must have finally inspired one person to yank themselves out of their own awkwardness and they eventually managed to steer the conversation away.

“I felt humiliated. I made an excuse to go outside to get some air. I cried. I wanted to call my wife to tell her what had just happened. We had just had a baby, moved house, and I needed this job so badly. I didn’t want to complain, because this person was clearly revered.

“They had a rep for being a particularly fearless direct action activist, and in that world that carries with it a lot of currency and cred. I have since never been to an office party because they would be there.

“What astonishes me is that if this was done to a person of any other nationality (we get trainings on this), it would rightly be seen as bigoted othering. This is how ‘Zionists’ get dehumanised in progressive spaces. It’s an acceptable, even encouraged, righteous hatred.

“I’m not interested in apportioning blame to one individual. This problem is fairly endemic in what [the academic] David Hirsh calls ‘the community of the good’. It allows people to dress up discriminatory racist discourse and action against 90+% of Jews within a morally acceptable frame.

“No good comes from dehumanisation. The person who aggressively othered me because of my nationality had no trouble desecrating a memorial, wanting people to take inspiration from a terrorist group that murders children to ‘bump off’ Israeli politicians, or Nazi comparisons.

“I’ve worked in lefty activist circles all my adult life. I’ve had to endure numerous such instances of callous dehumanisation and disregard. Everything from offensive Holocaust comparisons to justification for terrorism ‘Hizballah’s not that bad’, ‘Hamas want peace’ [Hizballah and Hamas are both genocidal antisemitic terrorist organisations].

“In one job, a colleague nonchalantly said to me that they ‘would never have imagined a time when they would employ a Jew, let alone an Israeli Jew’. A trade unionist told me that they’ve ‘never met a good Jew before’. A Parliamentary assistant called me a ‘self-hating Jew’.

“A prominent non-Jewish social justice activist confidently opined that ‘Jews sadly haven’t learned the moral lessons of the Holocaust’. An environmental activist spat in my face when they learned I was from Israel and threatened to assault me if they saw me again.

“I’m ashamed to think about how often I just kept quiet about it. Certain circles are extremely hostile to anyone who goes against the grain. If anything is going to change, the left need to start listening to Jews (and I don’t mean the few token Jews they Bat-dial in a pinch).

“After the disaster that was Corbynism, when I see people clinging desperately onto the same tired narratives of ‘smears’, gaslighting Jews, still defending the indefensible, I know that this won’t shift until enough of us stand up to it.”

TikTok removes videos featuring song lyrics “We’re going on a trip to a... Scroll to top