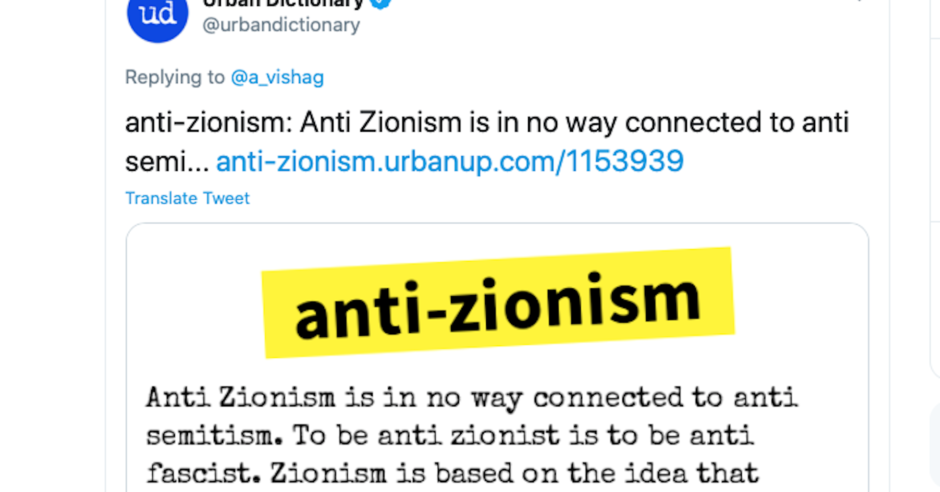 Urban Dictionary, the online crowd-sourced dictionary of slang words, has deleted antisemitic definitions of “anti-Zionism” following a campaign by online activists, including Campaign Against Antisemitism.

There is also a new offensive definition of “Zionism”.

Campaign Against Antisemitism recently and successfully pressured advertisers to withdraw from Urban Dictionary due to its promotion of antisemitism, and the website removed a particularly offensive entry as a result. In the past, the website has removed other gratuitously offensive terms, but is generally slow to act against racism on the website.

It took a week, but Gateshead Council is today removing graffiti after being...

CAA applauds Architects Registration Board for removing architect from register... Scroll to top