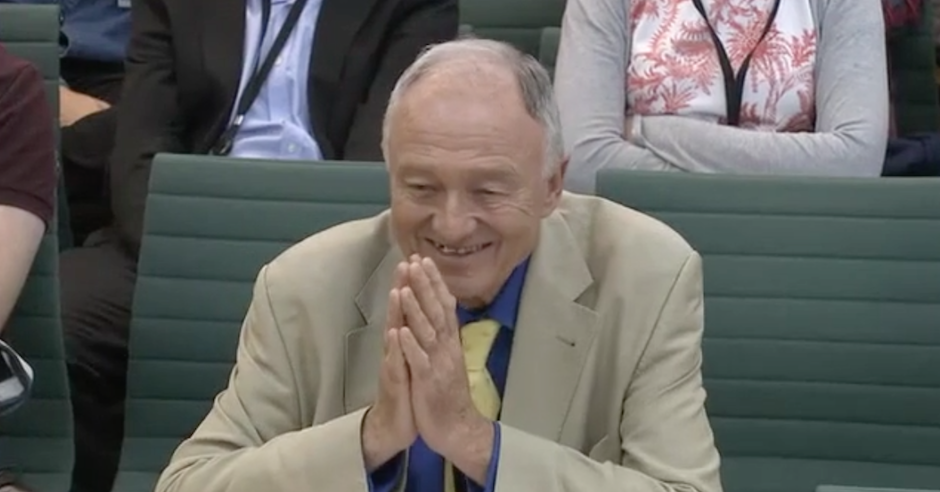 Ken Livingstone has declared his intention to resign his membership of the Labour Party, saying that the ongoing processes of disciplining him after he stated that Hitler “was supporting Zionism” was a “distraction”.

In response, Jeremy Corbyn expressed sympathy, stating that he was “sad”.

For two long years, Mr Corbyn has hidden behind the fig-leaf of ‘due process’ after Mr Livingstone continued to peddle a particular perversion of history that attempts to make Jews complicit in their own genocide, and demonises “Zionists” as an alien group which collaborates with Nazi, and whose policies persecute Jews. That this fiction, debunked by the world’s historians, could be broadcast by a senior Labour figure without it being sanctioned by his immediate explusion will shame the Labour Party forever.

Mr Corbyn did not act decisively in those years, and by expressing sadness now, he has rubbed salt in an already deep wound. Mr Corbyn also continued to attempt to elevate Ken Livingstone’s defender, Martha Osamor, to the House of Lords.

The Labour Party has now missed its opportunity to show that it is serious about racism by expelling Mr Livingstone, and this episode now frees it from the burden of having to even try. In addition, by removing himself from the fray, the legions of Labour and Jeremy Corbyn supporters who openly back Mr Livingstone’s distortion of history will now be emboldened to continue to do so, knowing that the Party itself has failed to land a blow.

Mr Corbyn throughout has maintained that he must respect ‘due process’ with regard to Mr Livingstone’s discipline. However, that burden is now lifted from him, and from those involved in Labour’s disciplinary processes and they are now free from the constraints of such process. The door has now opened for them to damn Mr Livingstone in any terms they see fit, as 107 MPs did last year in signing a statement describing his words as “insidious racism”, but knowing that there will no longer be any expectation of action on their part.

The only option open to the Party now that could possibly allow it a shred of dignity or redemption in the eyes of the Jewish community and the wider electorate in this matter, would be for Mr Corbyn and Jennie Formby, the Party’s General Secretary, to issue a statement condemning Mr Livingstone.

Furthermore, the Party should make clear that Mr Livingstone will never be allowed to become a member again under any circumstances and that there will be no back-door finagling of Labour’s rules to allow him to be readmitted in the future.

Any failure to issue such a statement will further damn the Party, although at this point the Jewish community is far past the point of thinking Labour’s racist ailment can now be cured.

We now see, however, that already Mr Corbyn has chosen the route of sympathy, rather than condemnation of Mr Livingstone.

Joe Glasman, Head of Political and Government Investigations at Campaign Against Antisemitism, said: “Even with the resignation of Ken Livingstone, the Labour Party is growing worse. Jeremy Corbyn has already rubbed salt into the wound by saying that Mr Livingstone’s departure makes him ‘sad’ and is still trying to promote Mr Livingstone’s defender, Martha Osamor, to the House of Lords. Just today, the Campaign for Labour Party Democracy, run by senior Labour figures including the incoming Chair of Labour’s Disputes Panel passed a resolution backing Mr Livingstone and calling for the reinstatement of Marc Wadsworth who was expelled for accusing a Jewish Labour MP of orchestrating a media conspiracy. The Labour Party’s antisemitism problem seems to be growing, not receding. Perhaps had the Labour Party expelled Mr Livingstone when it had the chance, that might have started to change. Mr Corbyn must apologise for his statement, and confirm immediately that Mr LIvingstone will never be readmitted to the Party.”