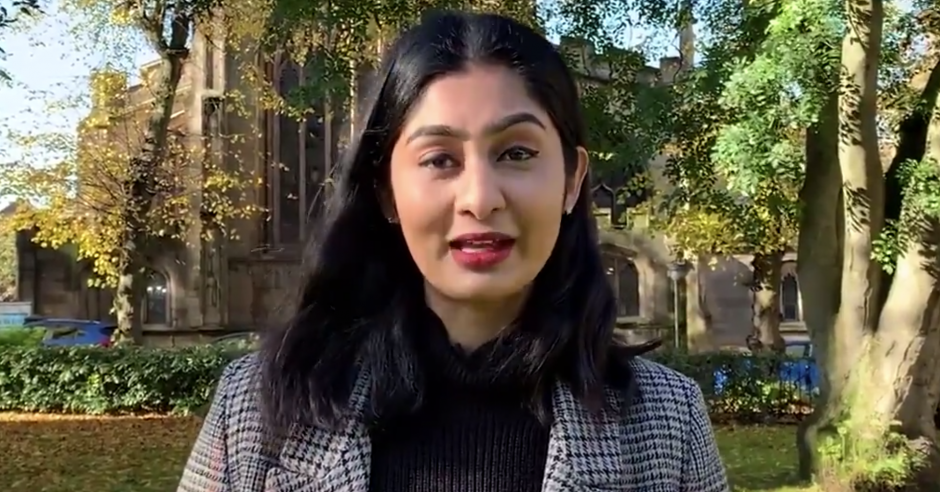 In a Facebook post, Ms Sultana corrected a previous post saying “I wrote ‘right to non violent resistance’. Best believe that was an error and I meant to write ‘violent resistance’.” She has since delivered a weak apology, clarifying that she does not support violence.

However, Ms Sultana, who is a paid Labour staffer and a regional campaigner for the Party in West Midlands, has a history of controversial remarks. As a student at the University of Birmingham she reportedly equated Zionism with racism and branded a Jewish candidate standing for the role of Black and Minority Ethnic officer as “white” and therefore implied they were inappropriate.

She also declared that she would “celebrate” the deaths of former British Prime Minister Tony Blair, Israeli Prime Minister Benjamin Nentanayu and former U.S. President George W. Bush. Reacting to a message on social media that said it was wrong to celebrate anyone’s death, regardless of their actions, Ms Sultana apparently replied: “Try and stop me when the likes of Blair, Netanyahu and Bush die.” She added: “The sooner they meet their creator the better.”

The candidate for the safe Labour seat has sat on the national executive of Young Labour and on the National Executive of the National Union of Students and has served as parliamentary officer for MEND, the controversial advocacy organisation.

An analysis by Campaign Against Antisemitism showed that supporters of Labour leader Jeremy Corbyn are trying to place a cast of Jew-haters, antisemitism-deniers and Jew-baiters in dozens of constituencies ahead of the general election.