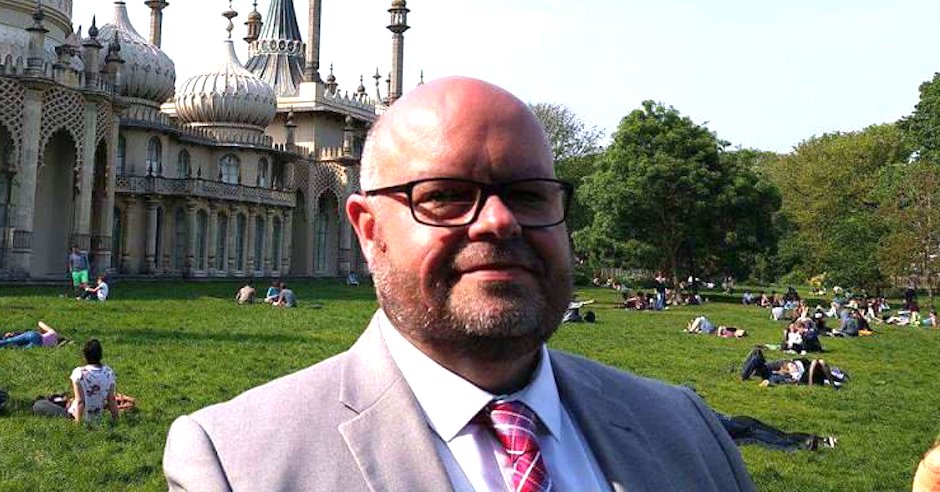 Warren Morgan, who is leader of Brighton and Hove City Council, and himself a Labour councillor, has written to the General Secretary of the Labour Party, Iain McNicol, demanding: “I will need reassurances that there will be no repeat of the behaviour and actions we have seen this week before any further bookings from the Party are taken.”

After thanking the Labour Party for “the business that Conference brings to our hotels, restaurants and shops”, Councillor Morgan firmly raised his concerns, writing: “I am however very concerned at the antisemitism being aired publicly in fringe meetings and on the floor of Conference. We have a significant Jewish community in Brighton and Hove, and I met with them only last week to discuss the antisemitism already on our streets, causing them fear and alarm. We have the prominent activist and suspended Labour Party member Tony Greenstein here, who indeed was present at the fringe meeting where it was suggested that Holocaust denial should be allowed. His expulsion, in my view, is long overdue.”

Councillor Morgan continued: “As the Labour leader of Brighton and Hove City Council I will undoubtedly face questions as to why we allow any event where antisemitic views are freely expressed to happen in the city, particularly on council premises. As a Labour Party member I expect the enquiry announced today to take firm action; as Leader I will need reassurances that there will be no repeat of the behaviour and actions we have seen this week before any further bookings from the Party are taken. I must apply the same standards to Labour as I would to any other Party Conference or political event; whilst none of us can control what is said at meetings we do not run, I have to make the strongest possible representation on behalf of the residents of the city who are Jewish. We are a City of Sanctuary and I have to speak up against any form of racism as and when it is given a platform in the city.”

Following the events we have seen unfolding at the Labour Party conference, including reports from Jewish delegates that they feel uncomfortable being Jewish at the conference, Campaign Against Antisemitism applauds Councillor Morgan’s principled stand. Speaking out in this way and standing up for his Jewish constituents is the right thing to do, and the way that he has done so, publicly and firmly, is nothing short of heroic.

Tense scenes and dismay from Jewish delegates at Labour Party Conference as...