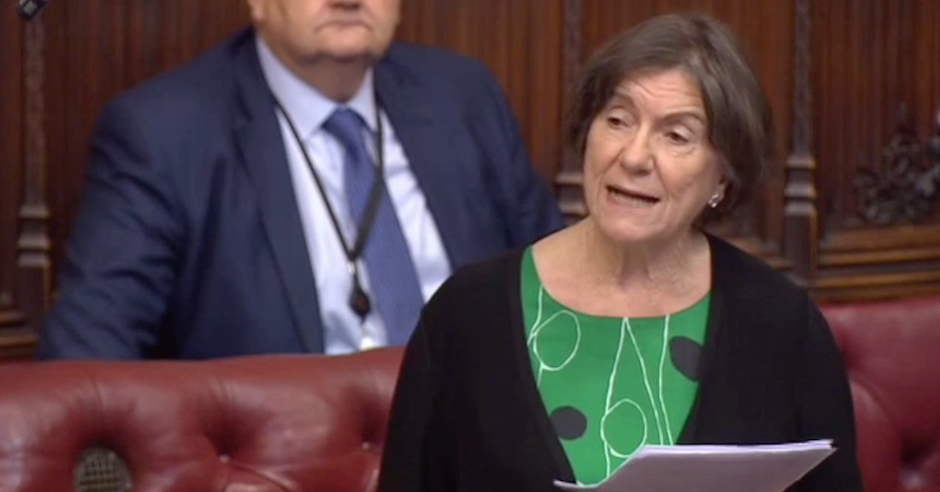 The Liberal Democrat Party has written to people who complained about remarks by Baroness Tonge to tell them that it was “offensive” for her to have held British Jews accountable for the perceived actions of the State of Israel, but that her remarks “still fall short of being racist”.

According to the definition of antisemitism, “holding Jews collectively responsible for actions of the state of Israel” is antisemitic.

Baroness Tonge — who was forced to resign the Liberal Democrat whip in the House of Lords over antisemitism, but still remains a member of the main Party — made a speech in July calling on “Jewish faith leaders in the United Kingdom publicly to condemn settlement building by Israel and to make clear their support for universal human rights.” Tonge also claimed that Palestinian terrorist groups have a “justified grudge” against Israel, effectively defending the terrorism that is aimed at Jewish people in Israel and around the world by Hamas, Islamic Jihad and other terrorist organisations. She had previously called for an investigation into supposed Israeli harvesting of human organs, which is the modern-day incarnation of the mediaeval antisemitic blood libel.

When we called on our supporters to complain to the Liberal Democrat Party, the Party bizarrely responded that they would investigate if they received complaints. We then confirmed that our complaint was already a complaint and heard nothing more. Meanwhile Baroness Tonge wrote a misleading letter to The Independent claiming that Campaign Against Antisemitism was in fact an organisation which secretly opposed organ donation.

Today, minutes after we had complained about Liberal Democrat Matthew Gordon Banks’ outburst on Twitter that Jews have control over Party leader Tim Farron, we received an e-mail regarding Baroness Tonge from Jeanne Tarrant, Pastoral Care Officer for the Liberal Democrats.

If you believe that Ms Tarrant is wrong, and that she should be applying the definition of antisemitism which prohibits “holding Jews collectively responsible for actions of the state of Israel” then please e-mail her at [email protected]. You may wish to copy Tim Farron at [email protected].

Vice-Chair of Momentum says antisemitism is “exaggerated” to “undermine...