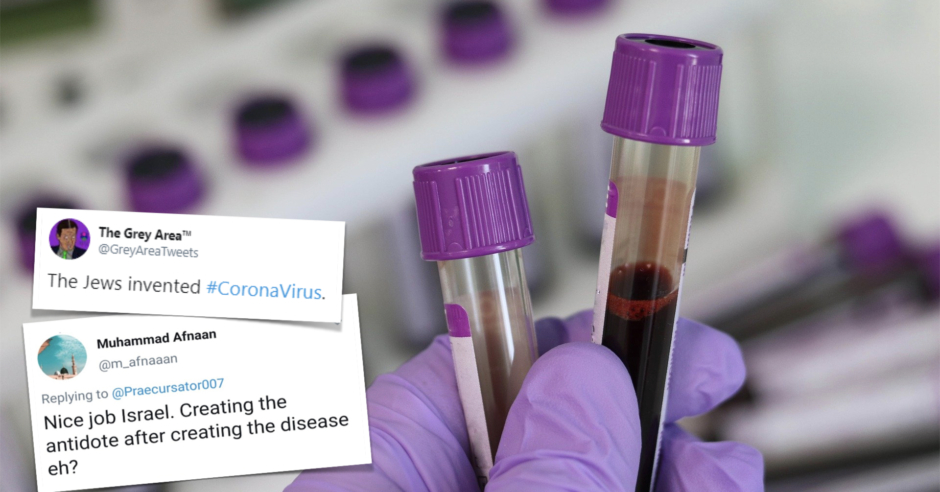 A survey carried out by the University of Oxford polling attitudes towards conspiracy theories relating to COVID-19 claims that around twenty percent of respondents believed that “Jews have created the virus to collapse the economy for financial gain.” However, the polling has come under criticism.

The research, called Oxford Coronavirus Explanations, Attitudes, and Narratives Survey, polled a representative sample of 2,500 English adults from 4th to 11th May 2020. Other conspiracy theories included ideas about the source of the virus, claims about Muslims, Bill Gates and celebrities, and the suggestion that the Prime Minister faked having contracted the virus.

Popular conspiracy theorists like David Icke have made claims such as that Israel was using the COVID-19 crisis to “test its technology”.

According to the researchers at the National Institute of Health Research’s Oxford Health Biomedical Research Centre at the University of Oxford, the “results indicate that half of the nation is excessively mistrustful and that this reduces the following of government coronavirus guidance.”

Professor Daniel Freeman, Professor of Clinical Psychology at the University of Oxford and a Consultant Clinical Psychologist at the Oxford Health NHS Foundation Trust, noted: “The details of the conspiracy theories differ, and can even be contradictory, but there is a prevailing attitude of deep suspicion. The epidemic has all the necessary ingredients for the growth of conspiracy theories, including sustained threat, exposure of vulnerabilities, and enforced change. The new conspiracy ideas have largely built on previous prejudices and conspiracy theories. The beliefs look to be corrosive to our necessary collective response to the crisis. In the wake of the epidemic, mistrust looks to have become mainstream.”

Dr Sinéad Lambe, a clinical psychologist who worked on the study, observed: “Conspiracy beliefs arguably travel further and faster than ever before. Our survey indicates that people who hold such beliefs share them; social media provides a ready-made platform.”

However, the polling has been strongly criticised by academics who argued that there were more polling options to agree with the statements than to disagree with them, perhaps giving rise to what is known as ‘acquiescence bias’. They argued that not only might the survey therefore be unreliable, but that it may even serve to normalise the conspiracy theories it set out to examine.

The study comes after a previous report claimed that the COVID-19 pandemic is “amplifying” far-right voices, while another poll showed the sustained popularity of antisemitic conspiracy myths.

Labour councillor who apologised for calling Israel a “racist state” then...

Police investigating after Holocaust survivor told “we will then kill more...
Scroll to top