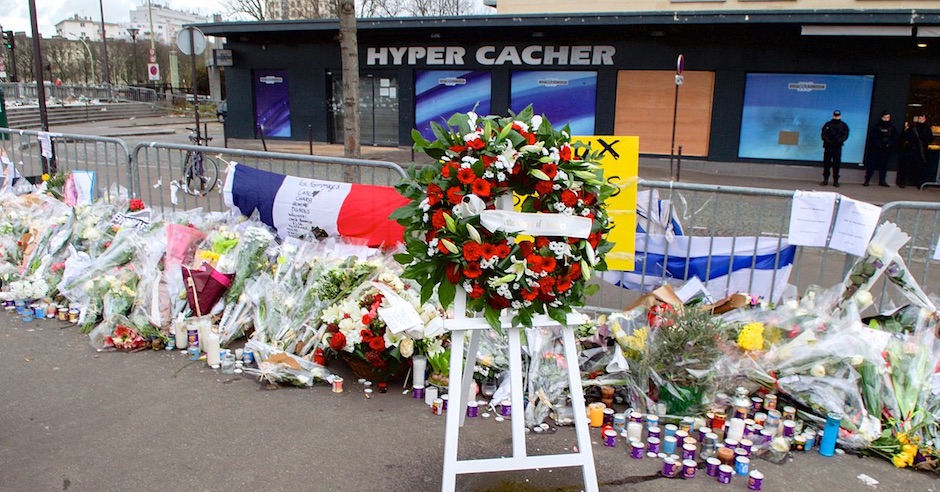 A French court on Wednesday found fourteen defendants guilty of aiding two terrorist attacks that killed seventeen people in Paris in January 2015, including four people at a kosher supermarket.

Amedy Coulibaly, the perpetrator of the Hypercacher supermarket slayings, identified victims as Jewish and declared that he was murdering the people he hated most: “The Jews and the French.” Mr Coulibaly was killed in a shoot-out with police.

The sentences ranged from four years to life imprisonment with the heaviest sentence for Mohamed Belhoucine, believed to be dead in Syria, for “mentoring” Mr Coulibaly. Ali Riza Polat was sentenced to 30 years for  his “essential role” in the preparation of the attacks. Three other defendants were tried in absentia, including Mr Coulibaly’s wife, Hayat Boumeddiene, who was sentenced to 30 years.

The attack on the kosher supermarket came two days after the terror attack at the offices of satirical magazine Charlie Hebdo.

The trial, which began in September, provided moments of heavy emotion. At the kosher supermarket, Yohan Cohen, 20, lay alive and in agony after being shot. A witness said that Mr Coulibaly asked hostages if they wanted him to “finish off” the young man to silence him.

The widow of Philippe Braham, another victim, told the court that she had to explain to her three young children that “a bad man killed your Daddy”.

Social media platform Omegle criticised as “Wild West” of the internet for...