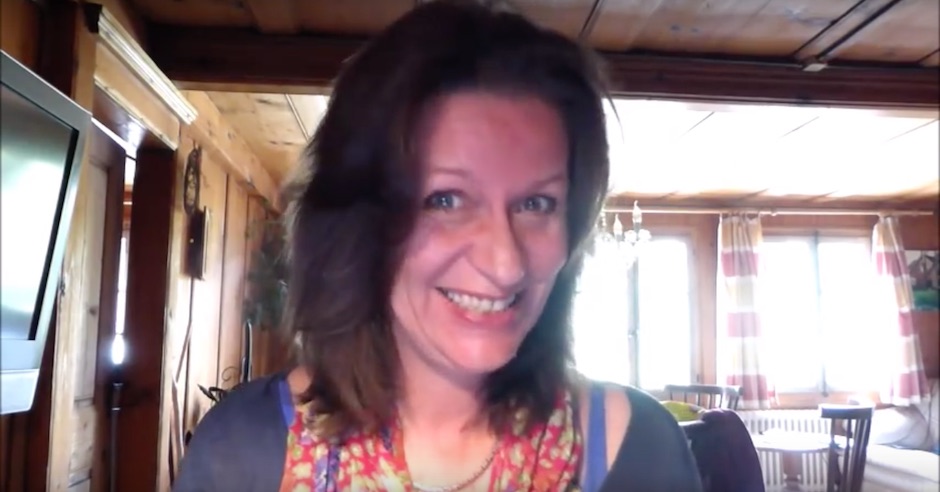 District Judge John Zani has convicted Alison Chabloz at Westminster Magistrates’ Court, finding her guilty on all counts of criminal offences under the Communications Act.

Ms Chabloz, from Glossop in Derbyshire, had pleaded “not guilty” to charges relating to three self-penned songs in which she decries the supposed Jewish conspiracy to dominate the world and denies the Holocaust.

The case effectively delivers a landmark precedent verdict on incitement on social media and on whether the law considers Holocaust denial to be “grossly offensive” and therefore illegal.

Gideon Falter, Chairman of Campaign Against Antisemitism, said: “Alison Chabloz has dedicated herself over the course of years to inciting others to hate Jews, principally by claiming that the Holocaust was a hoax perpetrated by Jews to defraud the world. She is now a convicted criminal. This verdict sends a strong message that in Britain Holocaust denial and antisemitic conspiracy theories will not be tolerated.”

District Judge John Zani said: “This court is entirely satisfied that the material in each of the songs complained of is grossly offensive, as judged by the standards of an open and multi-racial society – as opposed to any of them being, merely offensive. The defendant has failed, by some considerable margin, to persuade this court that her right to freedom of speech as provided by Article 10, under the guise of her work as an artist, can properly provide her with immunity from prosecution in relation to each of the songs complained of. Having had the opportunity to assess the defendant’s live evidence during the course of these proceedings, I am entirely satisfied that she will have intended to insult those to whom the material relates or, at least, that she must have recognised that there was a risk of so doing. Having carefully considered all evidence received and submissions made, I am entirely satisfied that the prosecution has proved beyond reasonable doubt that the defendant is guilty of charges 2, 4 and 5. I dismiss charges 1 and 3 as they are alternatives to charges 2 and 4.”

The lyrics written and sung by Ms Chabloz include:

The songs were partly set to traditional Jewish folk music such as Hevenu Shalom Aleichem and Hava Nagila. She mocked prominent Jewish figures persecuted by the Nazis, including Nobel Peace Prize winner Elie Wiesel and Anne and Otto Frank.

Under cross-examination on 7th March, Ms Chabloz said that: “There should be an official investigation, forensic, regarding Holocaust numbers.” She strongly contested the number of six million Jews being murdered by the Nazis, explaining that her position is “scientific” and that “it looks unlikely to be more than a million.” She continually referred to the “so-called Holocaust” and said that “it’s been used to sustain the criminal State of Israel.”

Ms Chabloz also described as “indoctrination” the programme which sends schoolchildren to visit Auschwitz. She also claimed that Jews are disproportionately influential and asked “how Jews are eight times overrepresented in Parliament.” She then alleged that “plenty of Jews find my music funny.”

The verdict comes amidst a crisis of confidence in the Jewish community. Each year the CPS prosecutes in the region of 15,000 hate crimes, but there has yet to be a year in which there have been more than two dozen known prosecutions. With antisemitic crime rates surging, the failure to prosecute has led to a crisis of confidence in Britain’s Jewish community, with Campaign Against Antisemitism’s Antisemitism Barometer research showing that just 39% of British Jews believing that an antisemitic crime against them would be acted on by the authorities, even if there was enough evidence, and more than half of British Jews saying that the CPS does not do enough against antisemitic crime.

Instead, Campaign Against Antisemitism is being left to take action against antisemitic crime.

In a clear example of the problem, last week on 14th May, neo-Nazi leader Jeremy Bedford-Turner was sentenced to 12 months in prison after being unanimously convicted by a jury of incitement to racial hatred over a speech he gave in 2015 at a demonstration called to protest against the “Jewification” of Golders Green. Campaign Against Antisemitism had to battle the CPS since 2015, eventually winning a landmark judicial review which forced them to prosecute this case. Mr Bedford-Turner was represented by barrister Adrian Davies, who also represented Ms Chabloz and antisemitic Holocaust denier David Irving, and himself held leadership positions in two right-wing fringe political parties.

Whilst Campaign Against Antisemitism brought its private prosecution of Ms Chabloz because the authorities had failed to act and due to a consistent failure by the CPS to adequately tackle antisemitic crime, we could not be more satisfied with the professional excellence of the expert prosecuting team from the CPS, led by barrister Karen Robinson with the expert support of Hazel Allen. Before it was taken over by the CPS, our private prosecution was led pro bono by Jonathan Goldberg QC, with junior barristers Senghin Kong and Jeffrey Israel, supported by solicitor Stephen Gilchrist.

Ms Chabloz will be sentenced soon after 14:00 today.

Neo-Nazi who described Jews as “destructive” and “vile” on social media...
Scroll to top