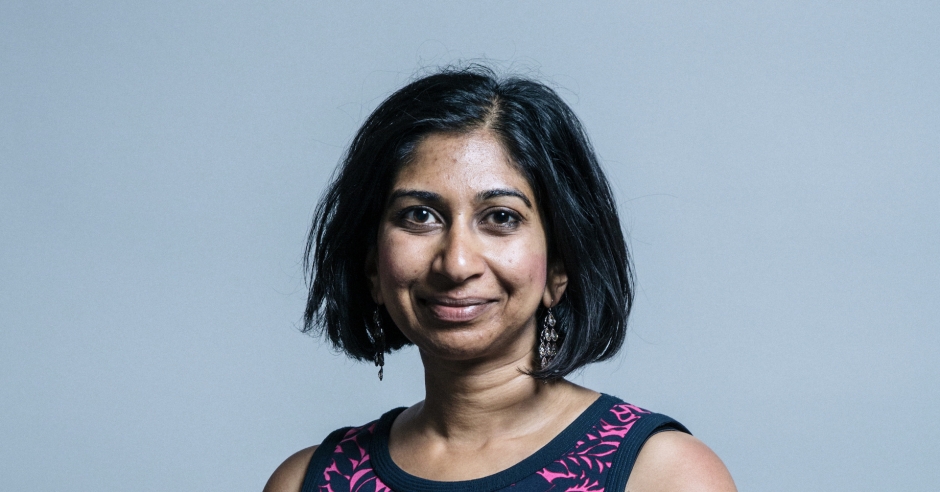 The Home Secretary, Suella Braverman, has expressed concern after Crown Prosecution Service (CPS) dropped all charges against the remaining suspects in a notorious convoy that drove through London in May 2021.

As fighting flared in Gaza, a convoy waving the flag of the Palestinian Authority set off from the north of England, heading into London. Men in one of the cars shouted from a megaphone: “F*** the Jews…f*** all of them. F*** their mothers, f*** their daughters, and show your support for Palestine.” The speaker went on to call listeners to “Rape their [the Jews’] daughters”. The incident took place a very short distance from a synagogue and was condemned by the Prime Minister and Home Secretary.

The car was part of a convoy of some 200 cars displaying Palestinian Authority flags which started in Bradford, passing through Sheffield and Leicester down the M1 motorway before veering into Hendon and Golders Green, two North London neighbourhoods with large Jewish populations. According to witnesses, convoy participants shouted abuse at Jewish passersby, including: “Free Palestine! Go back to Poland”.

Ms Braverman said to the Home Affairs Select Committee hearing that, on the issue of tackling antisemitic hate crime, “enforcing against it is, in some regards, not sufficiently done,” adding: “I do share your concern.”

The Home Secretary said that she wanted to “take this issue away” but added that she would “not commit to a full review” as there were “many, many reviews going on at the home office and all for important reasons.”

In light of the dropped charges, Campaign Against Antisemitism has demanded that the Director of Public Prosecutions, Max Hill KC, “immediately explain this decision or resign” and is exploring its legal options.

This now means that all charges against the four original suspects have been dropped.

Campaign Against Antisemitism’s analysis of Home Office statistics shows that an average of over five hate crimes are directed at Jews every single day in England and Wales, with Jews more than five times likelier to be targets of hate crimes than any other faith group.

Cambridge students chant “From the river to the sea” in protest of spea...