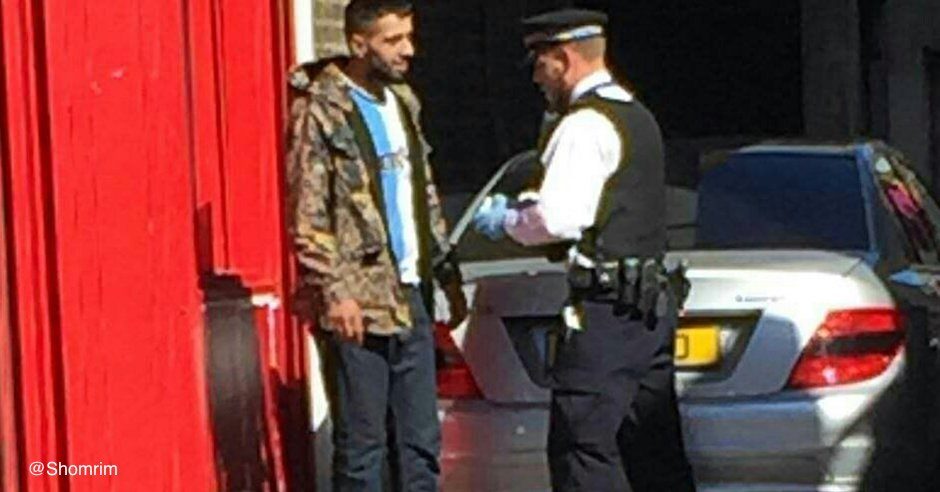 A judge has refused to jail Shehroz Iqbal, who was convicted of posting antisemitic posters and has two known past antisemitism convictions.

Mr Iqbal pleaded guilty at Snaresbrook Crown Court on 20th September to displaying written material that is “threatening, abusive or insulting, intending thereby to stir up racial hatred”, contrary to section 19 of the Public Order Act, after sticking antisemitic posters on a Chabad-Lubavitch centre in East London.

Mr Iqbal, dressed in camouflage and wearing a hood, appended the posters to the building and an underpass on 17th March 2017. A member of the public witnessed the crime but police arrived too late. The police explained that they forensically examined the posters and Mr Iqbal was arrested the following March.

He was given a twelve-month sentence, suspended for two years, along with 30 days’ rehabilitation and 60 hours of unpaid work. He was also ordered to pay £100 for breaching a previous sentence.

However, Campaign Against Antisemitism notes that Mr Iqbal already received a suspended sentence in 2016 for making antisemitic death threats and again in 2018 when he pleaded guilty to sending a false message over a public electronic communication network to cause annoyance, inconvenience or anxiety, under section 127(2)(a) of the Communications Act 2003 after sending a threatening message to Stamford Hill Shomrim, the Jewish neighbourhood watch patrol.

Stephen Silverman, Director of Investigations and Enforcement at Campaign Against Antisemitism, said: “We commend the police for their diligence and dedication in pursuing this case, but this sentence is far too lenient considering that this is Mr Iqbal’s third known antisemitic offence and his breach of a previous sentence. Deterrence is a vital weapon in the fight against antisemitic hate crime. We have asked the Attorney General’s Office to review this unsuitable sentence. The courts must do far more to deter antisemitic hate crime.”

West Ham bans fan for life over antisemitic chants and reports them to poli...
Scroll to top