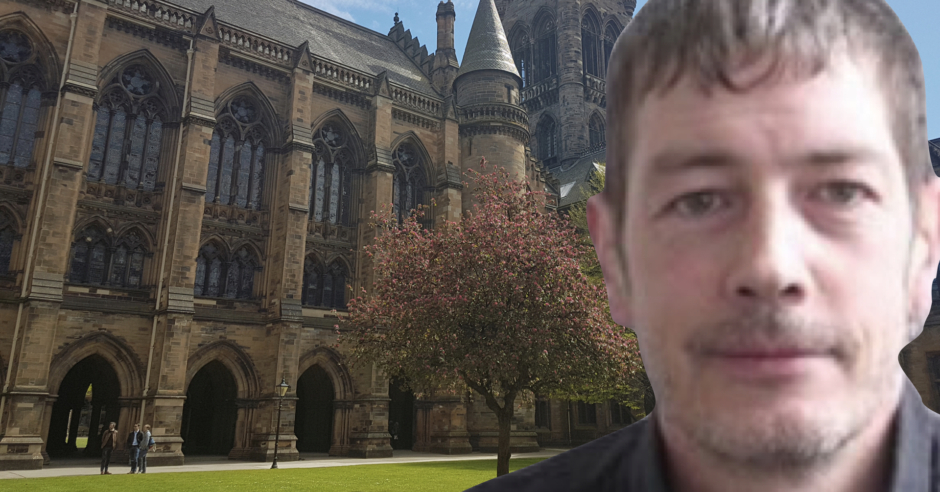 An academic at the University of Glasgow whose tweets breached the International Definition of Antisemitism has dismissed a Jewish student who challenged him as being part of “the Lobby”, according to the JC.

Dr Muir Houston, a senior education lecturer, reportedly claimed that the Jewish former Labour Party MP, Dame Louise Ellman, was “a liar and a fraud – and responsible for vexatious attacks on Corbyn at the behest of a foreign power.”

After he signed a letter of support for the disgraced academic David Miller last year, a Jewish politics student asked Dr Houston why he did so, for an article for a student newspaper.

According to the JC, less than an hour after the student sent the e-mail request, a Twitter account believed to belong to the academic posted “email received from the Lobby” and quoted directly from her message. Later in the day, the account posted: “After signing letter in support of David Miller – a member of the student lobby asked me for statement – given their previous reporting I will decline.”

The student submitted a complaint to the University’s Complaints Resolution Office. In April 2021, the University reportedly upheld the complaint, writing that University officials could “understand why the statements made by Dr Houston have caused offence to you and other members of the Jewish community” and adding: “We are deeply sorry about this. We would like to assure you that, as a result of your complaint, the School is actively pursuing this issue.” However, the letter did not commit to disciplinary action against Dr Houston.

Dr Houston is alleged to have replied to a tweet by European Council President Charles Michel that the lesson of the Holocaust was that “silence is the first step to acceptance”, saying: “#FreePalestine”.

Meanwhile, when another Twitter user asked, “Why have the Scottish government, Nicola Sturgeon, or the SNP not uttered a single word condemning Israeli murder. Have they been captured?” Dr Houston’s handle replied, “Yes”, and posted a link to a public policy document issued by a Scottish Jewish representative group.

The student met with the University of Glasgow Chief Operating Officer David Duncan in October to discuss her concerns. In an e-mail sent later that day, he replied: “the matter was dealt with informally; Dr Houston has not been the subject of formal disciplinary action.” When the student sent further tweets in November, he replied the following week: “Following further investigation of the twitter feed you complained about, I have concluded that some of the contents are problematic.” He said that the matter had been referred to the Head of School.

The student apparently asked Mr Duncan which tweets he considered “problematic”, and Mr Duncan pointed to one that reacted to news that the former Labour MP Mary Creagh had received an MBE, despite attacking Jeremy Corbyn, saying: “She got her 30 pieces of silver then?” He also pointed to another tweet that called “Modern Hebrew” a “synthetic language”.

Mr Duncan mused that some of the tweets “simply take a political perspective on developments in the Middle East – that to my mind is not problematic.” But the student was outraged, citing the claim that Dame Louise operated “at the behest of a foreign power” and writing: “I am in disbelief as to how you cannot see how these are problematic? The impunity granted to Muir is disgusting.”

According to the JC, the e-mail trail suggests numerous delays on the part of the University.

Mr Duncan reportedly insisted that he was confident he had handled the complaint “appropriately and fairly”, saying: “I examined all the social media comments made by the subject of the complaint since the previous action by his School. I also drew on informal advice from Jewish colleagues.”

Dr Houston reportedly told the JC: “The Israel lobby is an actually existing phenomenon composed of witting and unwitting assets of a hostile and illegitimate foreign state. That state, Israel, can only continue to exist because of a slow genocide being committed against the Palestinian people. Britons should be deeply concerned that the Jewish Chronicle, whose funders remain secret, is seeking to lead the largest political witch-hunt in British history. We should all ask on whose behalf this onslaught of censorship and intimidation is being conducted.”

A spokesperson for Campaign Against Antisemitism said: “Several of these social media posts appear to breach the International ﻿Definition of Antisemitism, including claiming that antisemitism allegations against Labour were vexatious or at the behest of a foreign power. The posts﻿ warrant urgent action by the University, as does Dr Houston’s reported reaction to complaints, which appear to have invoked yet another trope. Universities have a duty of care towards Jewish students and an obligation to students to present lecturers who are grounded in reality rather than conspiracy.﻿ If the University continues to fail to take action or obfuscate, we shall be reporting it to the Office for Students.”

Cambridge professor accused of conspiratorial attacks by both Jewish society...

Guilty verdict for mosque leader who called for violent Jihad while wearing...
Scroll to top