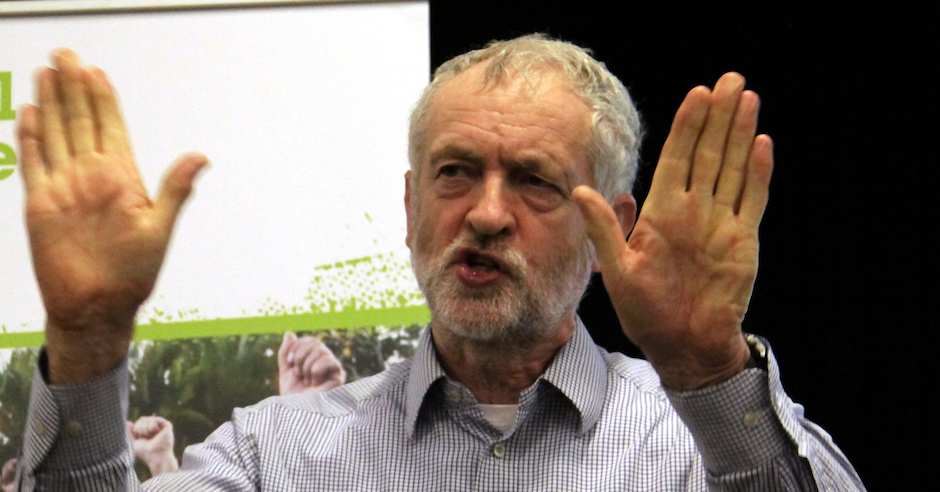 Today, Campaign Against Antisemitism has published the initial findings of a comprehensive ongoing research project to track antisemitism amongst office holders in political parties, comprising MPs, peers, councillors, party officers and candidates selected to contest any public election. The International Definition of Antisemitism adopted by the British Government and the College of Policing, and the deployment of the so-called ‘Livingstone formulation’ has guided our research. Our researchers used a supercomputer to analyse four million social media posts by more than two thousand parliamentary candidates, together with a review of our private logs and publicly available reports of allegations of antisemitism amongst office holders.

Our findings show that Labour Party office holders account for 61% of the cases of alleged antisemitism, which is nearly eight times higher than the number of office holders in the second-placed parties.

80% of cases were in parties of the progressive left, namely Labour, the Greens, the SNP and the Liberal Democrats. In all cases, the parties also had poor track records for addressing allegations of antisemitism.

The supposedly anti-racist Labour Party has shamed itself by failing to firmly and consistently address antisemitism, even proving incapable of expelling a Holocaust revisionist, a senior MP who said that “Jewish money” controls the Conservative Party, and another prominent official who claimed that Jews were “among the chief financiers of the slave trade”. The Labour Party has compounded its antisemitism problem by shrouding all disciplinary matters in secrecy under guidelines introduced in the wake of Baroness Chakrabarti’s report into antisemitism, thus concealing the fact that it has failed to address antisemitism within its ranks.

Our analysis of the Liberal Democrats confirms that prominent and egregious antisemites have been allowed to remain as office holders in the party for many years after allegations were made.

Our analysis of antisemitic discourse amongst Green Party office holders indicates that, in common with their counterparts in the Labour Party, they seem to have little or no consciousness of the nature of post-Holocaust antisemitism, so that even parliamentary candidates have been repeating antisemitic myths without inhibition.

It is concerning that four of the five UKIP representatives who feature in our report have neither been publicly and transparently investigated nor disciplined by the party.

Only two SNP representatives feature in our report. We believe that the party could and should have taken stronger action against both.

The Conservative Party is not immune from criticism, having failed to discipline a sitting MP who referred to the supposed “power of the Jewish lobby in America”.

The extreme-right has largely ceased to function politically, and is now largely confined to non-political criminal activity. Thus the BNP and Patria, while undoubtedly harbouring racist views, have fielded very few candidates in the last few years. Campaign Against Antisemitism continues to pursue cases against neo-Nazis in court, and played a leading role in the proscription of National Action.

Set against a background of identity politics and a hair-trigger sensitivity to racism elsewhere, Campaign Against Antisemitism believe it is astonishing that 64 officials of any political parties would feel able to use a public platform and the authority of their parties for the dissemination of racism against one single group, still less that their parties would be so relaxed as to mostly fail to discipline them effectively. Out of all 64 cases, only five cases (6.3%) were effectively and transparently dealt with.

The Labour Party intends to vote on Tuesday on a motion to strengthen the sanctions against antisemites found in its ranks. However, Campaign Against Antisemitism notes the repeated failures of Labour to apply existing sanctions, the inability of the leadership to recognise post-Holocaust antisemitism, and the secrecy surrounding all disciplinary cases as recommended by the Chakrabarti report. Unless these matters are addressed, new measures will be meaningless.

Our research does not claim to be exhaustive: there may be other cases that we are not aware of. We are confident, however, that our research has been sufficiently broad to give a realistic picture of how the various political parties are dealing with antisemitism, or failing to deal with it.

The research does not include rank and file party members who do not hold any office. We have included in our research any office holders who have been subject to clearly evidenced allegations of antisemitism, have deployed the so-called ‘Livingstone formulation’, or have posted antisemitic content to their social media accounts.

Our research and the results of the review are now catalogued on our website, where they will remain and be updated, providing a resource for journalists and researchers seeking to understand and monitor discourse among those holding office in the UK’s political parties. A form will be available to allow members of the public to notify us of new incidents.

The research follows polling released by Campaign Against Antisemitism last month which revealed that 76% of British Jews felt that recent political events have resulted in increased hostility towards Jews, with 83% saying that the Labour Party is too tolerant of antisemitism among their MPs, members and supporters. 78% had witnessed antisemitism that was disguised as a political comment about Israel or Zionism.

At a time when it would seem unthinkable for an elected official of a political party to publicly make a racist statement against other minority communities, it seems acceptable in many parties to make such statements about Jews. We call on all parties to sign up to the transparent disciplinary processes set out in our Manifesto for Fighting Antisemitism in Political Parties.

Our most striking finding is not just that the supposedly ‘anti-racist’ Labour Party stands shamelessly above other parties in the number of incidents, but that it has failed to take meaningful action against brazen offenders. We often hear in Labour’s defence that cases of antisemitism are isolated, but this research shows the degree to which the rot has become widespread amongst senior figures.

Any political party wishing to be taken seriously as an anti-racist party must treat antisemitism with zero tolerance and expel offenders publicly and transparently. Actions, as ever, will speak louder than words, and we will judge all political parties by how they now address the cases our research has highlighted.

You can read more by visiting our new online database of antisemitism in political parties.