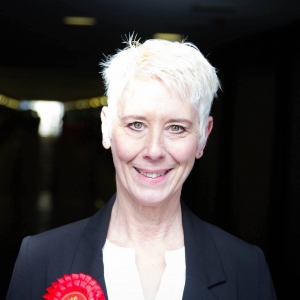 Campaign Against Antisemitism’s analysis is that Ms Linnegar’s action and statements amount to breaches of the International Definition of Antisemitism and qualify as antisemitic discourse according to our methodology.

By ‘liking’ a post that compares the actions of Israel to those of Nazi Germany [6], Ms Linnegar was endorsing “…comparisons of contemporary Israeli policy to that of the Nazis.”

In sharing posts characterising accusations of antisemitism brought by Jewish groups or individuals as “smear[s]”, “cynical attack[s]”, a “distraction[s]” and in other ways characterising them as having a hidden motive, particularly to attack Jeremy Corbyn and the Labour Party, in [1], [2], [3], [4] and [5]; and by ‘liking’ a post in which it is alleged that an “Israel Lobby” had “fabricated” an “antisemitism crisis” — a trope regarding the hidden power of diaspora Jews or Israel — Ms Linnegar was “making mendacious, dehumanising, demonising, or stereotypical allegations about Jews as such or the power of Jews as collective — such as, especially but not exclusively, the myth about a world Jewish conspiracy or of Jews controlling the media, economy, government or other societal institutions”.

She was further deploying the so-called Livingstone Formulation in [1], [2], [3], [4], [5] and [7], by accusing Jews who cite evidence of antisemitism of lying, conspiring, or having deceitful motives in doing so, in cases where there is clear evidence that there have been breaches of the International Definition of Antisemitism. Furthermore, we note that on 26th March 2018, in a published response to complaints of antisemitism by Jewish community charities, Jeremy Corbyn MP stated: “I recognise that anti-Semitism [sic] has surfaced within the Labour Party, and has too often been dismissed as simply a matter of a few bad apples.” On 24th April, 2018, in an article published in the Evening standard, Mr Corbyn stated: “We must strive to understand why anti-Semitism [sic] has surfaced in our party”…and “when members of Jewish communities express genuine anxieties we must recognise them as we would those of any other community. Their concerns are not “smears”.

On 21st June 2018, the activist group LAAS (Labour Against Antisemitism) claimed to have reported Kate Linnegar to South West Labour Party and to have asked her to stand down as a parliamentary candidate.

On 23rd June 2018, it was reported that Councillor Carol Shelley, chairman of the North Swindon Labour Party, had said: “The Labour Party takes these sorts of accusations very seriously. We have referred the matter to our regional office”, adding that the matter had been referred to the Labour Party’s National Executive Committee.

On 24th August 2018, it was reported that no further action was being taken by the Labour Party against Ms Linnegar, and she remains a Labour Party Parliamentary candidate in the 2019 General Election.

Ms Linnegar was selected as a Labour candidate for Penhill and Stratton Ward in the May 2019 local council elections for Swindon Borough Council. In the course of the campaign, during which the comments above were brought to public attention, she issued a statement in which she said: “I sincerely apologise for having liked or shared these posts in the past and for the offence this has caused” and claimed that she had subsequently “developed a deeper understanding about the issue”.

The process by which the Labour Party reached its decision to take no disciplinary action against Ms Linnegar remains unknown, owing to the conditions of secrecy imposed by the Chakrabarti report on antisemitism in the Labour Party.

In November 2019, Campaign Against Antisemitism put this matter to Ms Linnegar, but did not receive a response.

Campaign Against Antisemitism has rated the Party’s handling of this matter as “bad”. Our rating system is explained in our methodology. This case was last updated on 27th November 2019.