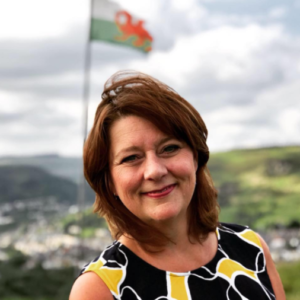 Campaign Against Antisemitism’s analysis is that Ms Wood’s actions and statements amount to breaches of the International Definition of Antisemitism and qualify as antisemitic discourse according to our methodology.

The claim that Israel is ultimately responsible for the racist killing of George Floyd by American police has been shared in both the USA and the UK despite having been debunked and extensively scrutinised by journalists. It is reminiscent of repeated libels against the Jewish people, who have been blamed throughout history for contemporaneous atrocities. By apparently defending those who had promoted this claim, through the rhetorical device of disingenuously asking whether “criticism of Israel’s government is antisemitism” (whereas the International Definition of Antisemitism, which Plaid Cymru has adopted, specifically states that “criticism of Israel similar to that levelled against any other country cannot be regarded as antisemitic”), and posting an article which was intended to support the notion of Israel’s supposed guilt in the matter of having trained US police [1], she was “making mendacious, dehumanising, demonising, or stereotypical allegations about Jews as such or the power of Jews as collective…”, where Israel is “conceived as a Jewish collectivity.” We note that Ms Wood, as a Welsh Assembly Member and former leader of her party would be expected to have a robust understanding of the International Definition of Antisemitism.

Given that Jewish groups and individuals have been prominent amongst those making well-founded claims of antisemitism both against the Labour Party and Jeremy Corbyn, by sharing comments in which accusations of antisemitism against Mr Corbyn were characterised as “[smears]” which had been deployed in a “flagrant, repellent and cynical” way in order to “defeat him” [2], she was endorsing the deployment of the so-called ‘Livingstone Formulation’, by accusing Jews who cite evidence of antisemitism of lying, conspiring or having deceitful motives in doing so, when there is clear evidence that there have been breaches of the International Definition of Antisemitism. This further constitutes “making mendacious, dehumanising, demonising, or stereotypical allegations about Jews…” under the definition.

Additionally, in its report, the EHRC made clear that its judgements apply to all political parties and emphasised that the European Convention on Human Rights does not protect racist speech, which may include antisemitic speech.

On this basis, the EHRC found that denying antisemitism in the Labour Party and making comments dismissing complaints as “smears” or “fake” — such as allegations  that complaints of antisemitism are “part of a smear campaign by ‘the Israel lobby’ to stigmatise critics of Israel as antisemitic, and … intended to undermine and disrupt the leadership of Jeremy Corbyn MP” — are not protected by the fundamental right to freedom of expression under Article 10 of the European Convention on Human Rights. In other words, such comments are not protected as freedom of speech at all, but amount to unlawful harassment of Jewish people.

Furthermore, the EHRC specified certain examples of antisemitic conduct which would be unlawful on the same basis within the relevant context.

Ms Wood’s actions in which she endorsed and disseminated material deploying the so-called ‘Livingstone Formulation’, as described above, are therefore not protected speech, and may constitute unlawful harassment as defined above.

Moreover, by deploying the so-called ‘Livingstone Formulation’ as described above, Ms Wood, as an agent of her party, may therefore have caused Plaid Cymru to breach equality legislation.

On 27th February 2020, it was reported that Ms Wood was supporting the candidacy for the Welsh Assembly of Sahar Al-Faifi, whose history of antisemitic discourse had caused her suspension from Plaid Cymru.

On 26th June 2020, Ms Wood shared the clarificatory statement made by Amnesty International the day before with regard to their 2016 report; she did not, however, delete her tweets in [1].

On 23rd November 2020, a member of the public reported to Campaign Against Antisemitism that they had submitted a formal complaint to Plaid Cymru in relation to Ms Wood’s actions in [2]. Ms Wood deleted her tweet on the same day.

On 25th November 2020, it was reported in relation to Ms Wood’s actions in [2] that a Plaid Cymru spokesperson had noted that the retweet had been deleted and that: “The findings of the Equality and Human Rights Commission are fully supported by Plaid Cymru. Leanne Wood has taken the right course of action. We now consider the matter closed.”

However, on 29th November 2020, Campaign Against Antisemitism was informed that a panel was to be convened, to determine whether there was a case to answer in relation to [2].

In December 2020, Campaign Against Antisemitism put this matter to both Ms Wood and Plaid Cymru. Ms Wood did not respond, but a Plaid Cymru spokesperson said: “Plaid Cymru is committed to building a Wales where all members of society feel safe and valued, and we are completely opposed to any form of discrimination.”