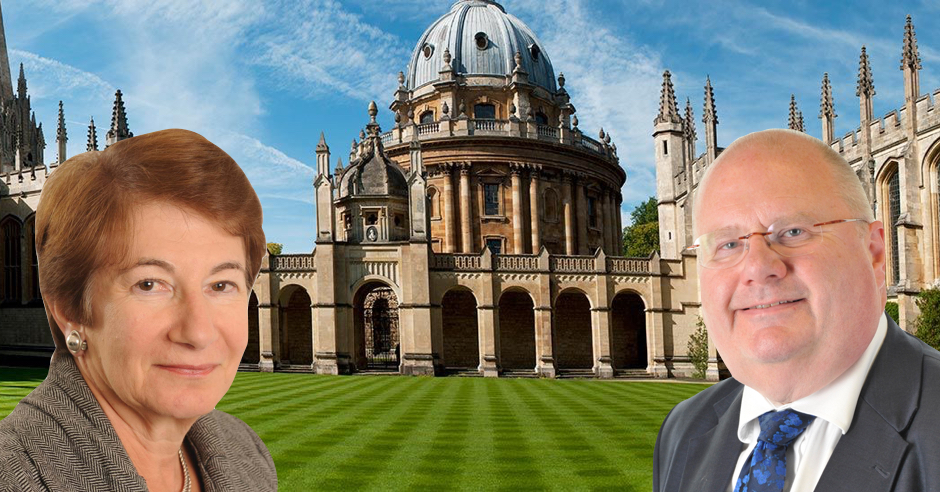 In separate interviews with the Daily Telegraph, Baroness Deech and Sir Eric Pickles have attacked British universities for their failure to tackle antisemitism on campuses.

A litany of incidents on campuses has been causing increasing concern. Campaign Against Antisemitism has begun a programme to recruit students following incidents at UCL, SOAS, LSE, Oxford, Cambridge, Birmingham, Coventry, Kent, Edinburgh, Glasgow and others. Recent complaints to both York and Sheffield Hallam have led to admissions of major systemic problems with antisemitism and compensation being paid. Meanwhile at a national level, the National Union of Students has elected a President whose actions have been widely condemned, including by the House of Commons Home Affairs Committee.

Despite these severe and widespread problems, there has been very little action by universities themselves and Universities UK, whose report into hatred on campuses was broadly welcomed, but condemned by Campaign Against Antisemitism as a “recipe for continued antisemitism”.

Baroness Deech, who was the first ever Independent Adjudicator for Higher Education, told the Daily Telegraph’s Camilla Turner: “Amongst Jewish students, there is gradually a feeling that there are  certain universities that you should avoid.” She cited the University of Oxford”s failure to investigate widespread allegations of antisemitism as an example saying that despite receiving a full dossier, university authorities “haven’t actually done anything. They have not opened an investigation into any individuals. So in other words they are just kicking it out into the long grass.”

In a separate interview, Sir Eric Pickles, the former Secretary of State for Communities and Local Government, told the Daily Telegraph’s Camilla Turner: “I was certainly worried when I was Secretary of State for Communities and Local Government and I have felt worried ever since. I have felt for some time that universities have at best been inactive about antisemitism and have turned a blind eye to it. They have shown grave cowardice. The classic definition of dealing with racism and antisemitism is those who stand by and do nothing.” He added that he will be discussing new legislation with Baroness Deech, saying: “I am looking at [new legislation] with a favourable eye.”

Baroness Deech felt that the universities’ failure to deal with antisemitism might be due to their dependence on donations from virulently antisemitic oppressive dictatorships: “Many universities are in receipt of or are chasing very large donations from Saudi Arabia and the Gulf states and so on, and maybe they are frightened of offending them,” she said. “I don’t know why they aren’t doing anything about it, it really is a bad situation.”

We commend Baroness Deech and Sir Eric Pickles for their outspoken defence of Jewish students and their pointed exposure of universities’ tendency to dodge the issue of antisemitism and attempt to absolve themselves of responsibility for dealing with it.

As though to prove their point, various university spokespeople rushed to affirm that they were doing an excellent job of dealing with antisemitism and that antisemitism had “no place” on campuses, whilst pointing to absolutely no initiatives that they are undertaking to tackle the problem.

This year, we would like you to give one more gift: your time or a donation
Scroll to top