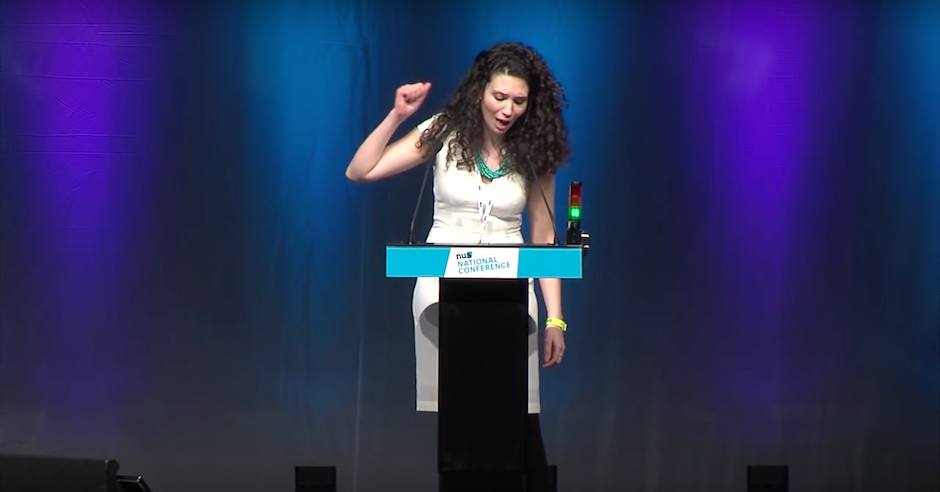 Malia Bouattia has called Birmingham University a “Zionist outpost in higher education” because it has “the largest Jsoc [Jewish student society] in the country.” She has railed against “Zionist-led media outlets”, defended Palestinian terrorism as “resistance” and voted against condemning ISIS. When CAA and others called on her to retract her comments, condemn terrorism and endorse the NUS policy on antisemitism she counterclaimed instead.

Given Malia Bouattia’s track record on Jewish matters, it may not come as a surprise that it was her casting vote that condemned the Jewish student body to lose the right to choose its representative in the NUS campaign against racism and fascism.

The Union of Jewish Students has condemned the decision, saying that this just another example of “Jews being pushed out of university life”.

In reality, this decision can only open the door to antisemites and denude the NUS of its ability to represent and protect Jewish students. Just in April, Bouattia said she would “listen to and understand Jewish concerns”. Once again she has listened, understood, and done the opposite of what was asked.

Director of Public Prosecutions is cracking down on all hate crime, but not...