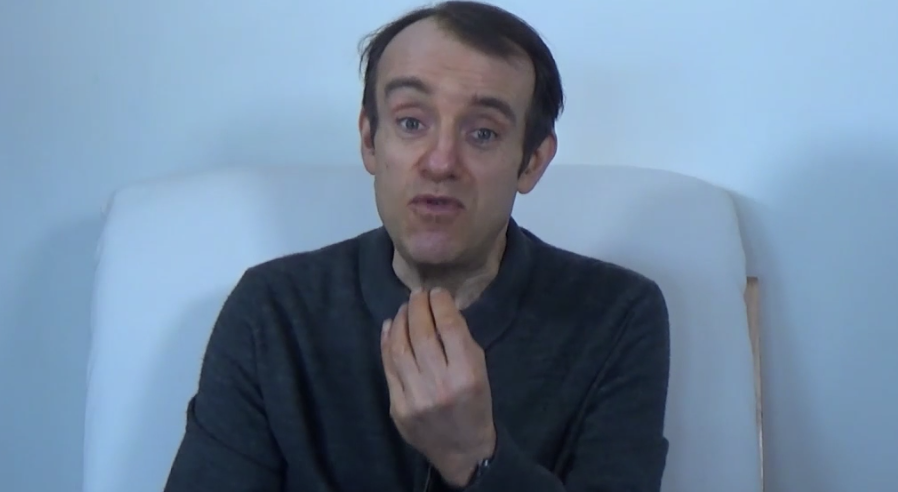 A notorious French Holocaust denier living in Britain, who was convicted by the French courts last year, has been arrested near Edinburgh after spending two years on the run.

Vincent Reynouard, 53, was sentenced to jail for four months on 25th November 2020 by a court in Paris and again in January 2021 for six months, in addition to fines. His latest conviction is in relation to a series of antisemitic postings on Facebook and Twitter and a 2018 YouTube video for which fellow French Holocaust denier, Hervé Ryssen (also known as Hervé Lalin), received a seventeen-month-jail term earlier that year.

However, Mr Reynouard fled the country before serving his sentence and settled in the UK, where he reportedly worked as a private tutor teaching children mathematics, physics and chemistry. Private tutors are not required to undergo background checks.

According to far-right activist Fabrice Jérôme Bourbon — who was himself convicted in December 2021 in connection with denial of war crimes and defending Hervé Ryssen and fined €8,000 — Mr Reynouard was visited by local police and Interpol on 25th October 2021.

Mr Bourbon elaborated in his far-right weekly magazine, Rivarol, claiming that police and Interpol visited Mr Reynouard’s flat at the time, believed to be in Kent, at around 16:00 in order to apprehend him and potentially initiate extradition proceedings. Mr Reynouard allegedly concealed his identity and fled the scene, remaining at large.

On 11th November 2022, he was finally arrested in Fife, near Edinburgh. In the intervening months, Campaign Against Antisemitism has been cooperating with French Jewish groups seeking Mr Reynouard’s extradition to France. Along with Lord Austin, an Honorary Patron of Campaign Against Antisemitism, we have corresponded with police forces and prosecutors in the UK and Interpol in an effort to locate Mr Reynouard and bring him to justice. We are delighted that he has finally been caught.

Scottish police reportedly arrested him in his hotel room in the Scottish capital, where he was apparently living under a false identity. He was brought before a judge on the same day and refused extradition to France. He is being held pending a further hearing. French authorities are anxious to ensure his return to France to serve his sentence.

Mr Reynouard faces a sentence of almost two years in a French prison, in addition to any further sentence in relation to other ongoing proceedings.

General Jean-Philippe Reiland of the OCLCH said: “Vincent Reynouard was able to be arrested thanks to a huge effort of international cooperation, and in particular thanks to our British counterparts. Despite the legal difficulties that may exist, the Office will not let go of the ideologues who propagate hatred, wherever they are,”

Mr Reynouard’s first Holocaust denial conviction was in 1991 for distributing leaflets denying the existence of the gas chambers at concentration camps. Holocaust denial has been a criminal offence in France since 1990. He has been convicted on numerous occasions and his subsequent sentences include multiple prison terms and a €10,000 fine.

Mr Reynouard is alleged to have ties to Catholic fundamentalist groups that deny the Holocaust. In a recent analysis of the French far-right, the newspaper Liberation claimed that Mr Reynouard and Mr Ryssen are key members of a network of propagandists dedicated to the denial and distortion of the Holocaust.

A spokesperson for Campaign Against Antisemitism said: “Vincent Reynouard is a despicable Holocaust denier who has repeatedly been convicted by French courts. For him to have evaded justice, only to settle in the UK as a private tutor teaching children, is intolerable, which is why we worked with French Jewish organisations to secure his extradition so that he faces the consequences of his abhorrent incitement. We are pleased that, after months of investigations and, along with Lord Austin, correspondence with police and the criminal justice authorities, he has now finally been caught. We will continue to do everything within our power to ensure that he is extradited and serves his sentence in France.”

Success for CAA as our complaint to BBC over presenter insisting there is “absolutely...