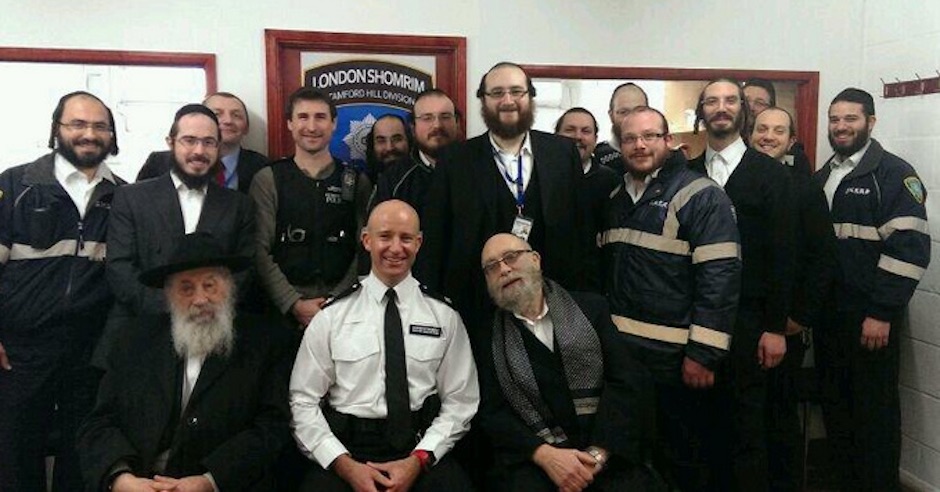 Lord Nick Bourne, the Minister for Faith and Integration, has announced a government grant of £50,000 to Stamford Hill Shomrim, the Jewish neighbourhood watch patrol, to improve the reporting of antisemitic hate crime. Lord Bourne, a steadfast friend of the Jewish community, visited Shomrim and the charedi community in Stamford Hill to make this important announcement and to demonstrate his appreciation for Shomrim’s work. We applaud his strong commitment to fighting antisemitism.

This additional funding is particularly timely in light of the continuing antisemitic attacks on the charedi community. Charedi Jews are particularly recognisable and therefore are frequently victimised by antisemites. They are also rendered easy targets as during Jewish festivals and the sabbath, the only way for them to contact the police is to find a police officer.

Last year, a crime recording drive by Shomrim revealed horrifyingly-common antisemitic crime targeting charedi Jews, ranging from schoolchildren being attacked to women being chased through the streets, all motivated by antisemitism clearly expressed by the attackers. Sadly, the crime recording drive was too taxing on Shomrim’s resources and had to stop, but with this much-needed new grant, Shomrim will be much better resourced to combat antisemitism and to measure the true extent of antisemitic hate crime.

Over the years, Shomrim have emerged as the gold standard in community policing. Working closely with local officers from the Metropolitan Police Service, Shomrim’s volunteers patrol non-stop, frequently apprehending antisemitic criminals as well as thieves, vandals and other criminals, resulting in an appreciable fall in overall crime in the areas in which they operate. Greatly appreciated by the local community, both Jewish and non-Jewish, Shomrim also provide valuable services, such as helping to locate people who go missing, many of whom are vulnerable and need to be found extremely fast. Having won the praise of outgoing Commissioner of Police of the Metropolis, Sir Bernard Hogan-Howe, Shormim has emerged as a template for engaging with local communities and creating a truly effective neighbourhood watch scheme.

We greatly admire Shomrim and the valuable work they do protecting the Jewish community and the general public, and we commend Lord Bourne for his firm support for Shomrim’s work.

Friends of Palestine Societies roll out the red carpet for Aja Monet and Farid...

CAA releases guide for students dealing with antisemitism during ‘Israeli...
Scroll to top