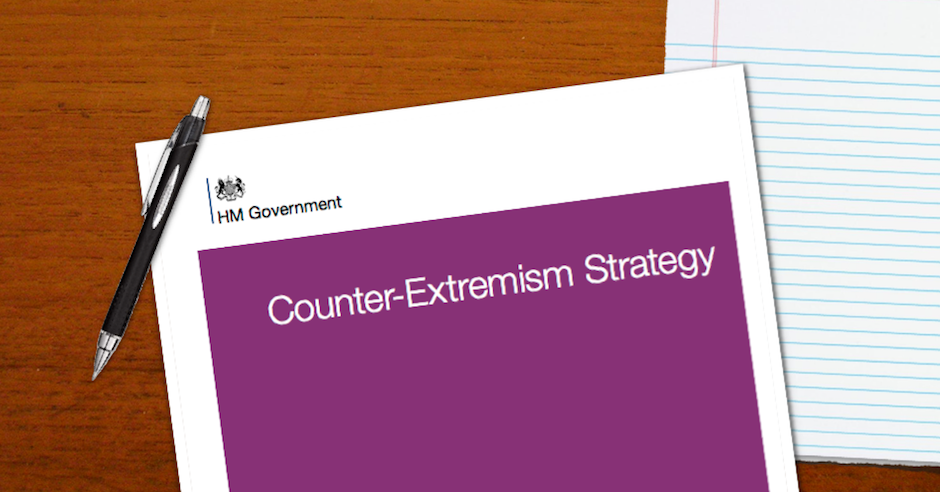 On Monday, the government unveiled its new counter-extremism strategy. The strategy is the reflection of visions set out by the Home Secretary in March and the Prime Minister in July.

The strategy is primarily designed to address Islamic extremism, but also other extreme ideologies, including neo-Nazi extremism. Both, especially the former, are on the rise in Britain, and both target Jews for racist abuse or terrorist violence. As antisemitism soars to the highest levels since records began, the future safety of British Jews rests to a large extent on the success of this strategy.

Under the new strategy, the government plans to counter extremist ideology, build partnerships with all those opposed to extremism, disrupt extremists and build more cohesive communities.

Much of the strategy relies upon British society itself to fight extremism, and so it should. Extremism is born of ideology, and deleterious ideologies are better countered by societies than by governments. We are therefore pleased to see the promised initiatives to harness forces in British society which oppose extremism.

However, as many other countries have learned to their cost, social forces alone are insufficient to defeat determined and well-organised extremists, which is where the state must lead. It is here that we see the greatest threat to the counter-extremism strategy.

The strategy calls for new powers and measures to be made available to the police, and civil enforcement bodies such as Ofcom and the Charity Commission. We welcome this. But experience has shown that where extremist antisemitism is concerned, there is a dangerous gap between the powers available to the authorities, and authorities’ exercise of those powers.

CAA has witnessed firsthand the struggles that take place between the government and its agencies. Enforcement agencies, such as the police or Ofcom, are often reluctant to use their powers to enforce the law. This takes two forms: sometimes agencies recognise that the law has been broken, but decide not to enforce it, and sometimes agencies distort the definition of the law or mischaracterise the offence and thereby deny that there is any enforcement to be done.

The new government strategy will succeed or die on those two points above all others: enforcement and definition. We know about this; a large part of CAA’s work focuses on ensuring that the law is enforced with zero tolerance, and ensuring that definitions of antisemitism are understood and properly used.

Success will be measured by action. Next time Hezbollah flags are flown outside Downing Street, will it take intervention by CAA for criminal charges to be brought, or will the police be proactive? Next time neo-Nazis plan to march through a Jewish community, will CAA still have to negotiate before the police take action? When a BBC newsreader next opines about nefarious “Jewish faces” and “Jewish hands”, will CAA once again complain to Ofcom only to have our complaints dismissed or will Ofcom investigate this time, and hold the BBC to account? When a teacher is convicted for praising the Holocaust, will CAA need to bring proceedings for him to be banned from teaching, or will it happen automatically next time? When a charity posts a video claiming that “the Jews” are tracking everyone’s smartphones, will they receive more than just rapped knuckles?

We are fully prepared to maintain and expand our campaign for the firmest possible action against antisemites under the law, but we also hope that this counter-extremism strategy marks a turning point in the way that the authorities exercise the powers, old and new, that the government grants them.

Man convicted and fined for performing Nazi salute at Jewish people on London’s...