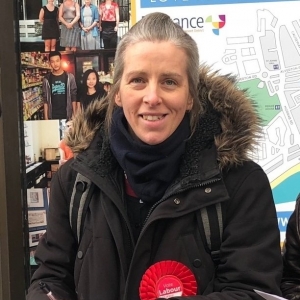 Campaign Against Antisemitism’s analysis is that Ms Bates’ actions and statements amount to breaches of the International Definition of Antisemitism and qualify as antisemitic discourse according to our methodology.

By characterising complaints of antisemitism against the Labour Party — embodied by a protest organised by mainstream Jewish community groups and largely attended by ordinary British Jews — as “manipulative smears” which were being politically directed against “Jeremy” Corbyn and those who wished to “support the rights of Palestinians against brutal occupation” [1], Ms Bates was deploying the so-called Livingstone Formulation, by accusing Jews who cite evidence of antisemitism of lying, conspiring or having deceitful motives in doing so in cases where there is clear evidence that there have been breaches of the International Definition of Antisemitism. In so doing, she was “making mendacious, dehumanising, demonising, or stereotypical allegations about Jews…”

We note that on 24th April 2018, in an article published in the Evening Standard, Mr Corbyn stated: “We must strive to understand why anti-Semitism [sic] has surfaced in our party…” and “when members of Jewish communities express genuine anxieties we must recognise them as we would those of any other community. Their concerns are not ‘smears’.”

By performing a song in which the phrase “from the river to the sea, Palestine will be free” — generally interpreted as a call for the destruction of Israel — is employed [2], she was “denying the Jewish people their right to self-determination”.

On 11th November 2019, when the video in [2] emerged, it was reported that the former leader of the Labour group in Cornwall, Councillor Tim Dwelly, who resigned from the Labour Party in February 2018, had called for Ms Bates to be expelled by the Party and had labelled the song as “repulsive racism”.

However, Ms Bates accused Cllr Dwelly of pursuing a political “vendetta” and added: “I obviously support Israel’s right to exist and Labour’s policy is to have a two-state solution to the Palestinian Israel problem and I support that as a member of the Labour Party.”

Ms Bates was further reported to have denied that the song was antisemitic, saying that it was written by the group out of support for Palestinians. She reportedly said: “I obviously support Israel’s right to exist. The song says that Israel is a racist state. I would personally say that the government policies of Israel are racist.” She also reportedly confirmed that the Labour Party had ordered her to remove it from her social media.

We do not know whether disciplinary action has been taken by the Labour Party against Ms Bates, and at the time of writing, on 25th November 2019, we have no record of any. However, the circumstances and outcomes of any such action would remain unknown, owing to the conditions of secrecy imposed by Baroness Chakrabarti’s report on antisemitism in the Labour Party.

In November 2019, Campaign Against Antisemitism put this matter to Ms Bates, but did not receive a response.

Campaign Against Antisemitism has rated the Party’s handling of this matter as “bad”. Our rating system is explained in our methodology. This case was last updated on 4th December 2019.