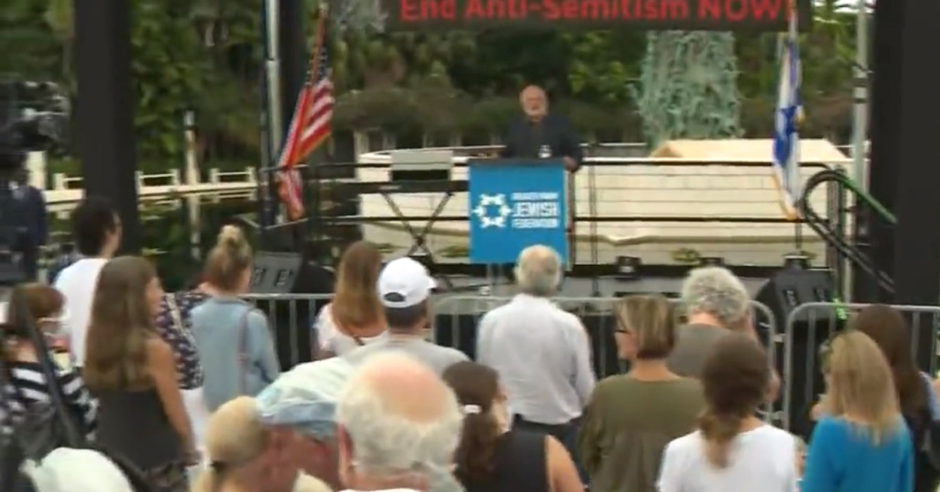 Rallies against antisemitism have been held across the United States amid the recent surge of anti-Jewish hate.

Last week, it was reported that over 300 people gathered in Westport, Connecticut to show their support for the Jewish community and voice their opposition to antisemitism. Rabbis, other religious figures, and politicians all spoke to the large crowd to voice a “message of solidarity with victims of antisemitism.”

Another rally against antisemitism was held last week which took place at the Holocaust Memorial in Miami Beach, Florida. A large crowd in the hundreds was present, which included parents and children, as well as police. One attendee said: “I’m really proud to be Jewish, and I’m really proud to see that people are out here.”

“It’s important to show that we have support all around the world,” said another.

Mayor of Miami Beach, Dan Gelber, spoke at the event, saying: “We’re always going to stand up because that’s what we do in the face of hate.”

This past weekend, West Bloomfield, Michigan was the host of a another rally which was dubbed “Stand up to Antisemitism”. The rally was organised by local branches of national Jewish organisers.

The event was organised by the Jewish Community Relations Council/American Jewish Committee (or JCRC/AJC), the Michigan branches of the Zionist Organization of America and the Anti-Defamation League. Hadassah and the Michigan branch of the National Council of Jewish Women were also organisers.

Meanwhile, bakers from Greater Cincinnati are being joined by colleagues around the world to fundraise for a Holocaust museum in the Ohio city. The “Bake a Stand: Bake to End Antisemitism” international initiative is being led by professional and amateur bakers to raise awareness of antisemitism and to raise funds for the museum.