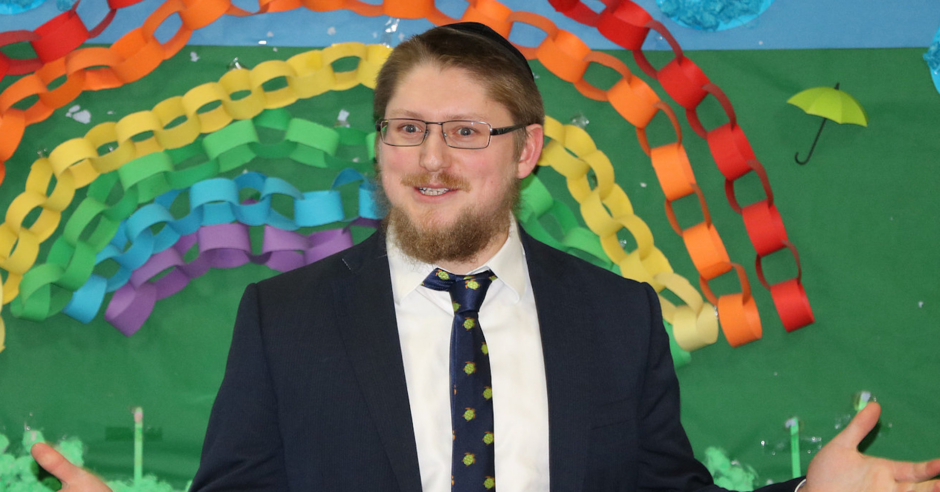 A teenager has been sentenced to three years and seven months in a young offenders’ institute in what is the first conviction from the wave of antisemitic incidents in May 2021.

Rabbi Rafi Goodwin, who leads the Chigwell and Hainault Synagogue in Essex, was driving outside the synagogue on 16th May 2021 when two men walked in front of his car, forcing him to brake.

Chelmsford Crown Court heard on Friday that the men then attacked him and stole his mobile phone.

Leeds-born father of two Rabbi Goodwin, who is in his thirties, was brutally beaten, punched five times in the face until he fell to the floor and then hit on the head with a brick, sustaining head injuries, according to the police. The United Synagogue, the umbrella body to which Chigwell and Hainault Synagogue belongs, said that Rabbi Goodwin sustained injuries necessitating a stay in hospital so that he could be treated and assessed for concussion. A police statement issued soon after the incident added that he was treated for cuts to his head and eye.

Rabbi Goodwin’s children were in the car at the time and witnessed the gruesome attack.

Souraka Djabouri, 19, of Ilford, admitted religiously aggravated damage to Rabbi Goodwin’s vehicle and theft of a mobile phone, and was sentenced for grievous bodily harm without intent.

The second attacker, believed to have been 25 at the time of the attack, has not been identified.

Recorder Richard Conley told Mr Djabouri: “The reason for this behaviour was the fact you and your associate recognised Mr Goodwin was a member of the Jewish faith,” adding: “It’s nothing short of miraculous that Mr Goodwin didn’t sustain life-threatening or life-changing injuries.”

The court heard that Rabbi Goodwin has “fully recovered” from his physical injuries but has also become “hypervigilant about who’s around me” and “looking over my shoulder”.

The judge observed that the number of attacks on British Jews had become “increasingly and worryingly commonplace.”

A spokesperson for Campaign Against Antisemitism said: “It has taken almost a year and a half, but finally one solitary person has been convicted and sentenced for an incident that formed part of the record-breaking wave of antisemitic crimes that took place in May 2021 – and he pleaded guilty. It is not at all reassuring that the number of other defendants facing hate crime charges in relation to incidents in that period can be counted on one hand. The police, CPS and courts all have a duty to help deliver justice to the Jewish community, and we will continue to hold them to account until they do.”

Campaign Against Antisemitism’s analysis of Home Office statistics shows that an average of over three hate crimes are directed at Jews every single day in England and Wales, with Jews more than four times likelier to be targets of hate crimes than any other faith group.

Campaign Against Antisemitism’s Antisemitism Barometer 2021 showed that over two thirds of British Jews believe that the authorities, in general, are not doing enough to address and punish antisemitism.

Labour expels Brighton councillor Anne Pissaridou, but not over antisemiti...