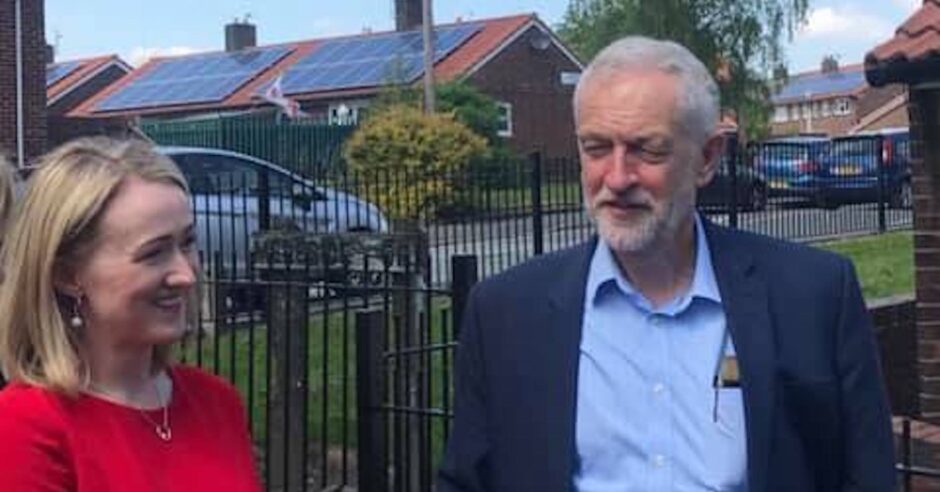 Labour’s far-left Socialist Campaign Group of MPs met with Sir Keir Starmer today to express their opposition to the sacking of Rebecca Long-Bailey from the Shadow Cabinet after she shared an article containing an antisemitic trope baselessly linking Israel to the killing of George Floyd. Not only did they call for Ms Long-Bailey’s punishment to be reversed, showing that they have learned nothing from this scandal, but they also revealed the extent of their obsession by then managing to spend the rest of the meeting discussing Israel.

Ms Long-Bailey was sacked for sharing an article in which the actress Maxine Peake claimed that Israel was to blame for the killing of Mr Floyd. Ms Peake is reported in The Independent to have said: “The tactics used by the police in America, kneeling on George Floyd’s neck, that was learnt from seminars with Israeli secret services.” This is an antisemitic conspiracy theory, as it needlessly and baselessly injects the Jewish state into a matter that has nothing to do with it. Even Ms Peake was forced to admit it was untrue.

Numerous far-left outriders and MPs have tried to claim that casting the trope as antisemitic is to silence criticism of Israeli policy, despite there being no grounds at all for the conspiracy theory that kneeling on people’s necks is an innovation of the Jewish state.

Jeremy Corbyn, the former Leader of the Labour Party, apparently urged Sir Keir in the meeting to take a tough line on Israeli policy and to meet the antisemitism-denial group and sham Jewish representative organisation, Jewish Voice for Labour, presumably in the hope that the group might persuade Sir Keir, contrary to the view of the mainstream Jewish community and elementary logic, that the conspiracy theory is not antisemitic.

It is extraordinary – but wholly unsurprising – that a meeting precipitated by the offensive injection of Israel into an unrelated matter is devoted to discussion of Israel.

Other far-left MPs have also weighed in on Ms Long-Bailey’s behalf in the last two days.

Richard Burgon, a former Shadow minister under Mr Corbyn, stated: “I don’t think she should’ve been sacked for sharing The Independent’s interview with Maxine Peake.”

Claudia Webbe MP complained that Labour should be more focused on calling for Cabinet ministers to be sacked.

Ian Lavery MP simply tweeted: “I support @RLong_Bailey.” In a video he urged Labour members to stay and “fight” the “new direction” in the Party.

Bell Ribeiro-Addy, who has herself courted controversy, said that she was “disappointed” with Ms Long-Bailey’s dismissal.

Clive Lewis chimed in as well, and so did Aspana Begum. Nadia Whittome called the departure of Ms Long-Bailey from the Shadow Cabinet a “loss for our Party”.

Zarah Sultana, a new MP with one of the longest records of Jew-baiting statements, said that she was “disappointed” at the departure of Ms Long-Bailey.

Ms Long-Bailey herself revealed that she had learned nothing from the episode, reportedly saying that she understood why the claim made by Ms Peake had caused “extreme concern” but insisted that politicians should not shy away from talking about police brutality. “There is a valid concern about police practices across the world and I don’t think that, worded in the right way, it’s racist or antisemitic to draw attention to that,” she said, apparently unwilling or unable to grasp that her words still implied that the Jewish state has something to do with police brutality in the United States of America.

Campaign Against Antisemitism calls on Sir Keir Starmer to discipline the MPs who have defended Ms Long-Bailey, at best turning a blind eye to the racism that she promoted, or in some cases disagreeing that there was anything wrong with her having done so. That they raised the matter of Israeli policy at their meeting with Sir Keir suggests the latter.

CAA calls out bigoted claim by Black Lives Matter UK that “Zionism” has...
Scroll to top