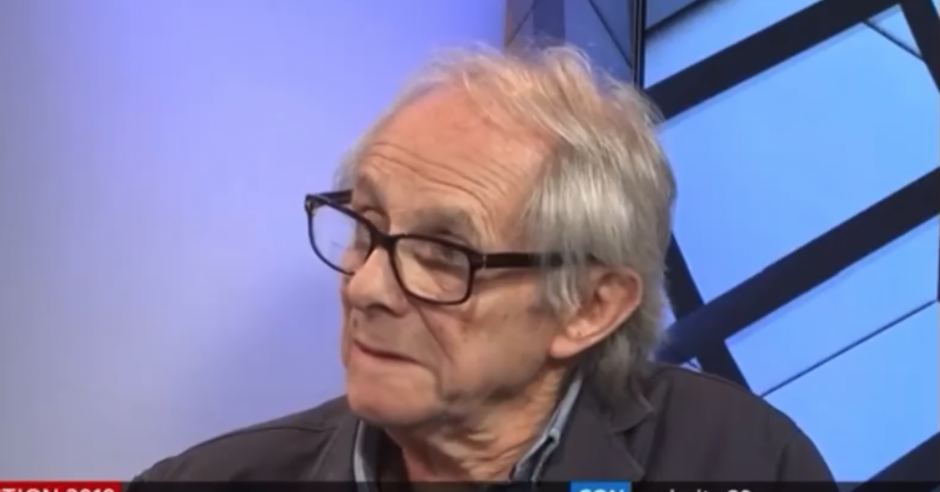 Ken Loach has been expelled from Labour Party.

Writing on Twitter, the controversial filmmaker said: “Labour HQ finally decided I’m not fit to be a member of their party, as I will not disown those already expelled. Well, I am proud to stand with the good friends and comrades victimised by the purge. There is indeed a witch hunt. [Sir Keir] Starmer and his clique will never lead a party of the people. We are many, they are few. Solidarity.”

Among the MPs calling for the outspoken director to be reinstated to the Party are the members of the Socialist Campaign Group, which includes former Party leader and antisemite, Jeremy Corbyn, former Shadow Chancellor John McDonnell, former Shadow Home Secretary Diane Abbott, former Shadow Justice Secretary Richard Burgon, former Shadow Education Secretary Rebecca Long-Bailey, and backbench MPs Apsana Begum, Tahir Ali and Zarah Sultana. The Group described Mr Loach as “an outstanding socialist and a fierce opponent of discrimination in all its forms” whose films embody that values of “solidarity, compassion, equality”.

Mr McDonnell also tweeted: “To expel such a fine socialist who has done so much to further the cause of socialism is a disgrace. Ken’s films have exposed the inequalities in our society, have given us hope for change & inspired us to fight back. I send my solidarity to my friend and comrade.”

Mr Loach’s voice has been among the loudest of those who attempt to dismiss Labour’s antisemitism crisis as non-existent and a right-wing smear campaign. He claimed that Labour leader Jeremy Corbyn was subjected to a “torrent of abuse” that was “off the scale” and that regardless of what he did, the “campaign” of antisemitism accusations was “going to run and run”. He described the BBC’s Panorama investigation into Labour antisemitism as “disgusting because it raised the horror of racism against Jews in the most atrocious propagandistic way, with crude journalism…and it bought the propaganda from people who were intent on destroying Corbyn.”

He was also reportedly behind a motion passed by Bath Labour Party branding the Panorama programme a “dishonest hatchet job with potentially undemocratic consequences” and asserting that it “disgraced the name of Panorama and exposed the bias endemic within the BBC.” John Ware, the programme’s reporter, is apparently considering legal action against Mr Loach for his comments.

In 2017, Mr Loach caused outrage when, during an interview with the BBC, he refused to denounce Holocaust denial. The International Definition of Antisemitism states that “denying the fact, scope, mechanisms (e.g. gas chambers) or intentionality of the genocide of the Jewish people at the hands of National Socialist Germany and its supporters and accomplices during World War II (the Holocaust)” is a manifestation of antisemitism. Although Mr Loach later sought to clarify his remarks, he has continued to make inflammatory and provocative statements about Labour’s antisemitism scandal.

While speaking at a meeting of the Kingswood Constituency Labour Party, Mr Loach advocated the removal from the Party of those Labour MPs, some of whom are Jewish, who have taken a principled stand against antisemitism. Shortly after that incident, the Labour Party announced that it would no longer use Mr Loach as a producer of their election broadcasts.

There were also reports that members of Labour Against the Witchhunt have begun receiving letters of automatic expulsion from Labour for their association to the antisemitism-denial faction.

Last month, Labour’s ruling National Executive Committee (NEC) resolved to proscribe Labour Against the Witchhunt and the disgraced former Labour MP Chris Williamson’s Resist group, as well as two further far-left groups, paving the way for automatic expulsion of their members. It is believed that Labour Against the Witchhunt will be holding events in Brighton during Labour’s conference in the city.

A spokesperson for Campaign Against Antisemitism, said: “The apparent expulsion of Ken Loach is welcome news. He has been at the forefront of denying the scale of antisemitism in the Labour Party and gaslighting its Jewish victims. Labour cannot restore its anti-racist legacy with people like Mr Loach as members, so this, along with the reported automatic expulsion of members of Labour Against the Witchhunt, are a steps in the right direction.”