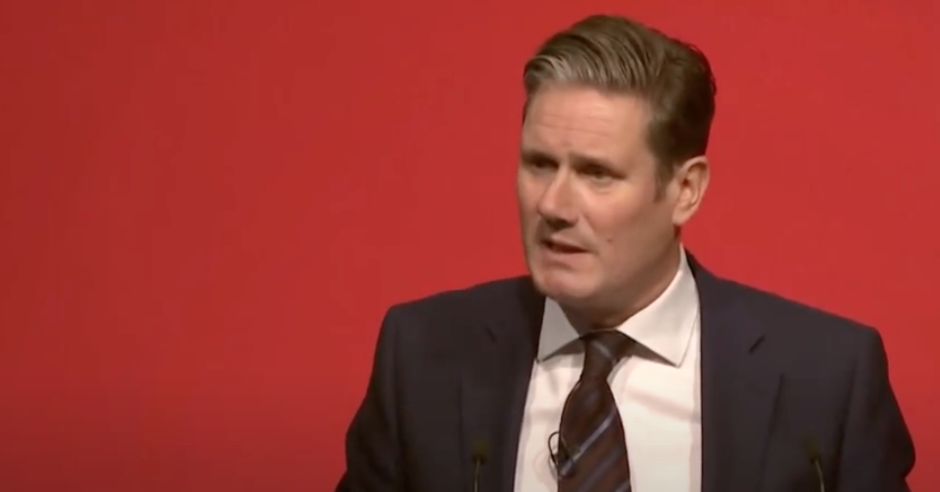 As we mark precisely a year since the Equality and Human Rights Commission (EHRC) published its report on antisemitism in the Labour Party, it is a good moment to review how the Party has performed on this issue since then.

Campaign Against Antisemitism first contacted the EHRC in 2017 about Labour’s antisemitism problem, and by the summer of 2018 we had formally referred Labour to the EHRC, becoming the complainant in its unprecedented full statutory investigation.

One year ago today, following that investigation, the EHRC found the Labour Party to be institutionally racist against Jewish people, and the Jewish community was finally vindicated.

Sir Keir Starmer described this historic finding as a “day of shame” for Labour, having previously promised to seek out antisemitism in his Party and “tear out this poison by its roots.” There is evidence of attempts to fulfil this pledge. For instance, within minutes of our submission of a complaint against former Labour leader Jeremy Corbyn and other sitting Labour MPs in relation to antisemitism, Sir Keir suspended Mr Corbyn, pending an investigation (although his suspension from the Labour Party was disgracefully short-lived and he remained eligible to attend the Party’s annual conference this year). In addition, there have been proclamations by Labour’s General-Secretary to Constituency Labour Parties to avoid discussing antisemitism; the antisemitism-denial group Labour Against the Witchhunt and the disgraced former Labour MP Chris Williamson’s so-called “Resist” faction have both been proscribed, with all of their members threatened with automatic expulsion from the Party; and Ken Loach and Leah Levane have both been expelled.

Significantly, Labour’s National Executive Committee (NEC) resolved to introduce a semi-independent disciplinary process, a decision since endorsed by the Party’s annual conference, in compliance with the mandate by the EHRC to do so. Meanwhile, at the local level, Labour-controlled local authorities have a good record of adopting the International Definition of Antisemitism, which the Party so forcefully but unsuccessfully resisted adopting when Mr Corbyn was leader..

However, even these advances are qualified. Mr Corbyn was rapidly readmitted to the Labour Party by the same disciplinary process that the EHRC had just deemed unfit for purpose, and he remains in the absurd position of being a full member of the Labour Party but outside the Parliamentary Labour Party and therefore sits as an independent MP.

Welcome though the expulsion of Leah Levane may be, the antisemitism-denial group and sham Jewish representative organisation, Jewish Voice for Labour, of which she is co-Chair, has not been proscribed and remains active. Indeed it hosted yet another controversial fringe event at Labour’s annual conference this year. For that matter the pro-Corbyn Momentum faction, whose co-Chair denied that a Jewish MP was hounded out of the Party, has also not been proscribed, while Young Labour’s controversies have been ignored and the Palestine Solidarity Campaign, which a past investigation by Campaign Against Antisemitism found to be riddled with bigotry, has been positively welcomed by the Party.

Although majorities of the NEC and attendees at Labour’s conference supported the introduction of a semi-independent disciplinary process, significant minorities of each body did not, even though this risked putting the Party in legal jeopardy. Similarly, Constituency Labour Parties around the country have also often ignored or protested the General-Secretary’s prohibition on discussing antisemitism.

In addition, there are still significant shortcomings in how Labour has dealt with antisemitism in its ranks. Notably, the Parliamentary Labour Party and Shadow Cabinet include politicians who either actively supported an antisemitic leader — and Sir Keir himself is on record as having given his “100% backing” to Mr Corbyn — and those who did nothing as their principled and courageous colleagues quit the Party or, in the case of several Jewish MPs, were hounded out of it.

Our complaints against fifteen sitting MPs remain outstanding, and the Party is even yet to formally acknowledge them — notwithstanding reports that the complaint against Deputy Leader Angela Rayner has been dismissed without a word — which does not reflect a leadership wholly willing to address past failures. Indeed Sir Keir has repeatedly refused to engage with us, despite our being the complainant in the EHRC’s investigation into antisemitism in his Party.

Meanwhile, numerous MPs and officeholders have not been sanctioned for sharing platforms with members suspended or expelled over antisemitism, despite Sir Keir’s leadership election pledge to do so. Disciplinary actions in other high-profile cases have been reversed, and, when first published in purported compliance with the Action Plan agreed with the EHRC, Labour’s proposed complaints handbook was a joke.

More broadly, the goodwill and trust between Labour and the Jewish community that did build up in the months since Sir Keir won the leadership of the Party was wasted during the conflict between Hamas and Israel, when Labour MPs and councillors, though not alone, were too often involved in stoking communal division, ignoring displays of antisemitism at rallies and on some occasions even joining in with them.

All of this has been noted by the Jewish community. Our latest Antisemitism Barometer, published at the start of the year (with polling conducted after Mr Corbyn’s suspension and well before the conflict between Hamas and Israel), showed that British Jews feel that the Labour Party is more than twice as tolerant of antisemitism than any other political party. Remarkably, compared to the previous year’s figures (polled while Mr Corbyn was still leader of the Party), Labour performed worse, with 88 percent of respondents considering that the Party was too tolerant of antisemitism under Sir Keir compared with 86 percent the year before under Mr Corbyn, perhaps due to disappointment caused by the apparent evaporation of Sir Keir’s bold promises. At times, this sentiment has spilled into the open.

It was therefore astonishing to hear Sir Keir declare at Labour’s conference last month that he had “closed the door” on antisemites in the Party and on Labour’s “shameful chapter.” Just as remarkable was what he did not say: his keynote speech did not mention antisemitism at all, with the partial exception of his delight in welcoming Dame Louise Ellman back to the Party. In case the extent of the task still ahead was in doubt, Sir Keir’s reference to the Jewish veteran former MP was met with some hissing from the crowd.

Yet even if the leadership succeeds in redirecting the Party and, more doubtfully, confronting problems in the Parliamentary Labour Party, in the background is Labour’s vast membership, over two thirds of which still believes that the problem of antisemitism in the Party has been “exaggerated” or that there is not a serious problem — findings similar to those in a poll conducted shortly after the 2019 General Election.

We continue to encourage the Labour Party in its positive steps and fulfilment of the Action Plan agreed with the EHRC, but we will also continue to pressure the Party on its failures and inconsistencies, and ultimately expect to see our complaints investigated and upheld so that the Jewish community gets more than just the promise of justice.

Only now has the Party resolved to introduce an independent disciplinary process, but the real challenge — to which our complaints speak — will be applying the new rules to those in the Labour Party who supported or enabled the unlawful victimisation of Jewish people.

Joe Glasman, Head of Political and Government Investigations at Campaign Against Antisemitism, said: “One year has passed since the publication of the EHRC’s report confirming Labour’s institutional racism against Jewish people. But while Sir Keir Starmer pledged to tear out antisemitism by its roots, so far there has been only a light trimming.

“Only now, a year on, has the Party resolved to introduce an independent disciplinary process. The leadership has yet to fulfill its promise of zero tolerance, and the real challenge will be applying the new rules to those in the Labour Party who supported or enabled the unlawful victimisation of Jewish people. In particular, Labour must investigate our complaints against its MPs if the Jewish community is finally to have justice.”